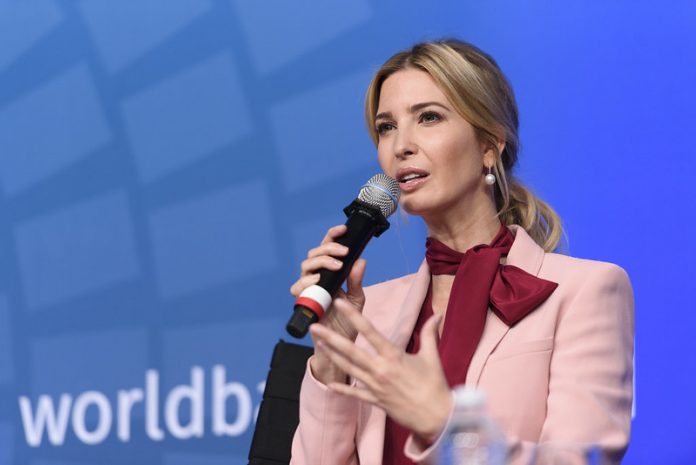 Ivanka suggested during the interview that the inquiry was not important and not considered a “priority” of the United States.

Ivanka concluded: “That is our priority.”

Always a defender of her father, Ivanka has avoided commenting on his more controversial policies and actions. Instead, she has chosen to focus on empowering women around the world to succeed economically and job creation.

She stated: “My father has definitely grown used to this. This has been true basically since day one, certainly since the election.”

Continuing, she said: “So we are focused on delivering and fulfilling promises made to the American people.”

“Let us get it past Congress,” Ivanka said.

The impeachment inquiry was launched against Donald Trump after a whistleblower complaint was filed regarding a phone call Trump made to Ukrainian President Volodymyr Zelensky, asking him to investigate former Vice-President Joe Biden, who is the 2020 Democratic front-runner.

Trump alleges in 2016, while vice-president, Biden pushed Ukraine to fire a prosecutor who investigated a company that his son Hunter was involved in.

The issue was investigated, and no evidence has emerged that Biden acted wrongly.

“Biden went around bragging that he stopped the prosecution so if you can look into it,” Trump said in the call, according to a memo released by the White House. “It sounds horrible to me.”

Trump has stated that he has done nothing wrong.

On September 4, he said not only Ukraine but also China, should investigate Biden.

He has called the scandal surrounding the Ukraine and impeachment inquiry a “witch hunt” like the investigation from special counsel Robert Mueller.

Trump retweeted Regan’s post with a clip of her interview with his daughter.

Ivanka also promoted her interview by retweeting Regan’s tweet about the interview.

Newsweek: IVANKA TRUMP SUGGESTS HER FATHER’S IMPEACHMENT IS NOT IMPORTANT: ‘EVERYTHING’S A QUESTION OF PRIORITIES’
The Hill: Ivanka Trump on impeachment: ‘Everything’s a question of priorities’