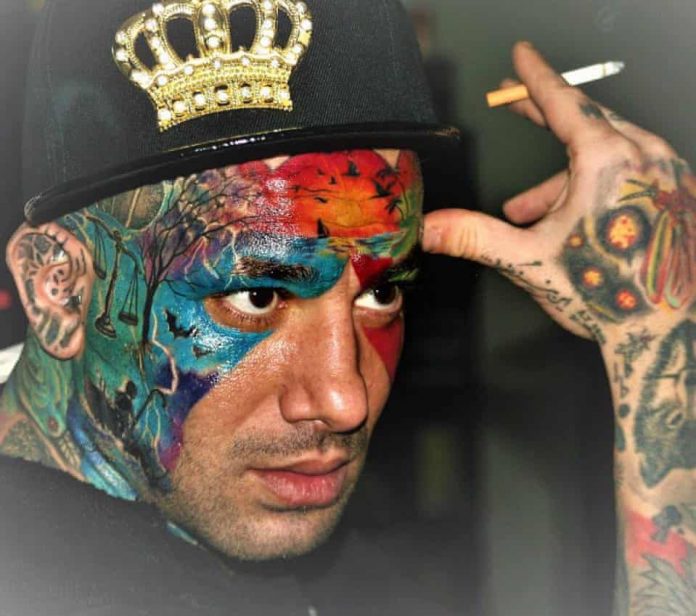 During coronavirus social distancing, Tory started a daily Instagram live show called “Quarantine Radio.” He has kept a lot of people entertained over the past weeks by inviting high profile celebrity guests, Tequilla, and throwing twerk contests. But when Drake joined, a huge number of 315000 viewers swarmed the show. Tory and Drake got very excited about breaking the record which was previously held by Taylor Swift. 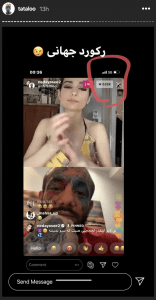 But this record didn’t last long much when a few days later a Persian pop star, Tataloo, on an Instagram Live with Neda Yasee another Persian Instagrammer, asked his followers to break this record, and the number of viewers skyrocketed to more than 600k. This Live session took 22 minutes and during which they were chatting about things that are hardly heard in public, taboos that are suppressed or banned in Iran society, e.g a tattoo on Tataloo’s genitals or Neda’s breasts.
Also a few months back, he broke the Instagram comment record after he asked his followers to comment on one of his posts. In the caption, he wrote: “I won’t publish my new song until you send 10 million comments under this post.” And surprisingly that post amassed 18 million comments.

But how could he do that? He is not a world-famous figure or Influencer, he creates content only in Persian language, and he doesn’t have hundreds of millions of followers. 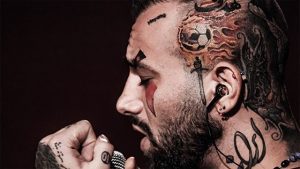 Amirhosein Maghsoodloo, Known by his stage name Tataloo is a 36 years old rap and R&B artist. He started singing rap 17 years ago. He had a challenging life and a controversial career in Iran, mostly because of government disapproval toward this genre of music. Rap music isn’t legal in Iran. Rappers have to record inside their home-studios, they cannot throw a concert, cannot distribute any album legally, advertise for themselves in public, otherwise they might get arrested.

Tataloo himself got arrested three times. Last time, in 2017 he was arrested under the charge of, as Iranian authorities stated, promoting corruption and prostitution. Two months after he got out of jail, he left Iran and went to continue his music career in Turkey. There he finally held his first concert 8 years after he released his first album. But his behavior and character both in Iran or abroad were always controversial. A lot of rappers and hip-hop artists in Iran are facing peculiar problems. Most of them had to leave Iran at some point.

Tataloo has a lot of fans who do crazy things for him. His fans tattoo his name and his face on their bodies. They look up to him and do whatever he says. For example, last week a lot of girls shaved their heads and shared them on Instagram just because Tataloo sang about it in one of his recent songs.

Elham, 31 years old is a big fan of him. She says: “I have been following his works since I was a teenager. When I listen to his songs, I feel like he lived my life. As if I was a singer, I would sing the same songs.” Elham admires Tataloo’s courage which makes him recklessly go beyond cultural taboos. She added: “I think the reason that some people hate him is that he curses in his songs, or he got a lot of tattoos. But the fact is that he’s just different. He is very courageous. he doesn’t care about what people say about him. He expresses things that we can’t.”

Besides, there are a lot of people against him. Hadi, a 35 years old guy who owns a cafe in Tehran is one of his critics. his cafe is known for supporting underground and independent music bands. He invites indie artists to play there and help them sell tickets. But Hadi doesn’t like Tataloo at all. He says: “I don’t think of him as a musician. I don’t think he is famous because of his art. He is famous because of his face, his style, and his behavior. His fans are the same people who follow Justin Bieber. teenagers that easily get excited and influenced by someone who tattooed his face or curse in his songs. He is the alternative of style and culture that is banned by the Iranian government.”

Hadi added: “Iranian television and official media have nothing to offer in this Coronavirus time. Iranians don’t feel connected with our media and they don’t have access to Netflix or other streaming services so a lot of people especially adolescents use Instagram to entertain themselves.”

You cannot run an independent channel or medium which is not approved by Iranian authority. IRIB (Islamic Republic of Iran Broadcasting) is the only official nationwide broadcasting organization. It offers 20 channels, all of them are conservative and propagate governmental and Islamic content. Also, because of sanctions, Iranians can’t access worldwide streaming services like Netflix. The only platform people can discuss and express themselves freely is Instagram which is the only major social media that Iranians are active in. Most of the social media are banned by the government and Instagram is the only social media that people can use legally, without VPN.

So maybe it’s not too hard to imagine, in such a closed environment when someone this controversial steps forward and expresses his thoughts and feelings, regardless of what is taboo in the society, he gets a lot of attention. Someone who shouts in his Instagram post: “I’m Iran itself. I’m the abused and the harassed. I’m their voice.”