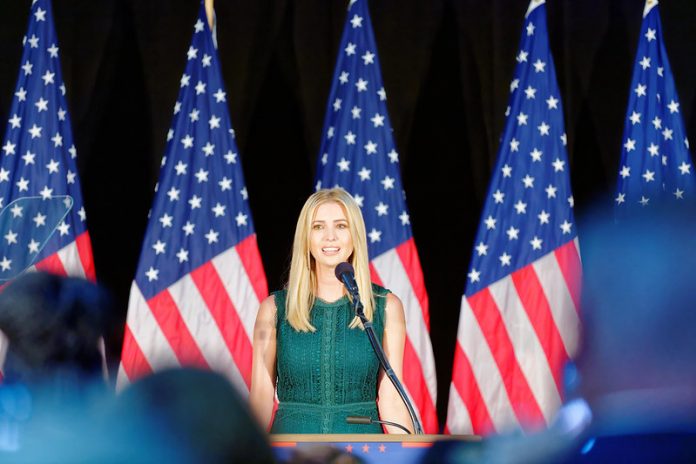 Ivanka is not Ivanka Trump’s real name? Say it isn’t so! 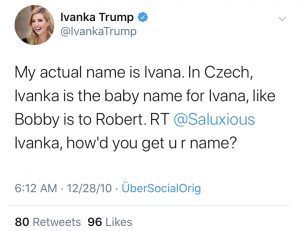 “My actual name is Ivana. In Czech, Ivanka is the baby name for Ivana, like Bobby is to Robert,” the first daughter tweeted on Twitter in 2010.

Donald Trump named his eldest son with Ivana Trump after himself. The couple carried on the tradition and named their daughter also Ivana Marie Trump.

Ivanka is the only daughter of Trump and his first wife.