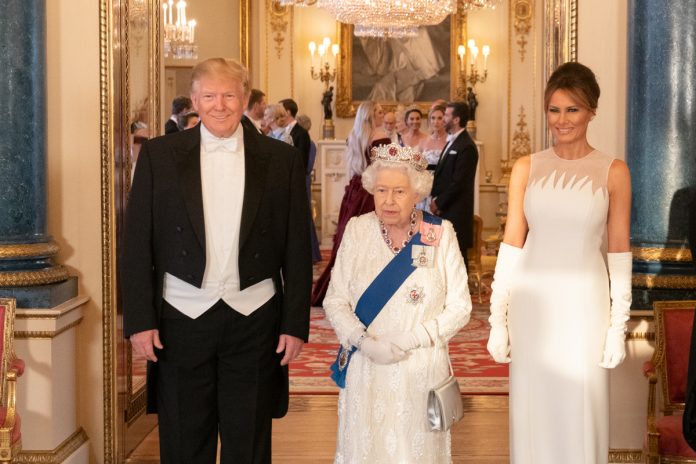 The White House confirmed on November 15, 2019, that Queen Elizabeth would host Donald Trump and his wife at a reception in Buckingham Palace. Trump is expected to attend the NATO Leaders meeting in London in December.

NATO Secretary-General Jens Stoltenberg announced in February that NATO would hold the leaders’ summit in London in December, but the White House did not confirm if Trump would attend.

The White House reports the Trumps will travel to the U.K. from December 2-4 for the NATO meeting, and attend the Queen’s reception at Buckingham Palace.

Trump has been critical of the other members of NATO for not meeting a military spending target and relying on the United States.

It is not known if the Trump children will also attend the event.

The Trumps’ return to the U.K. will almost certainly be met with protests. During their state visit in June, thousands of people turned up to protest the visit.

In a statement, the White House said: “Seventy years after its founding, NATO remains the most successful Alliance in history, guaranteeing the security, prosperity, and freedom of its members.”