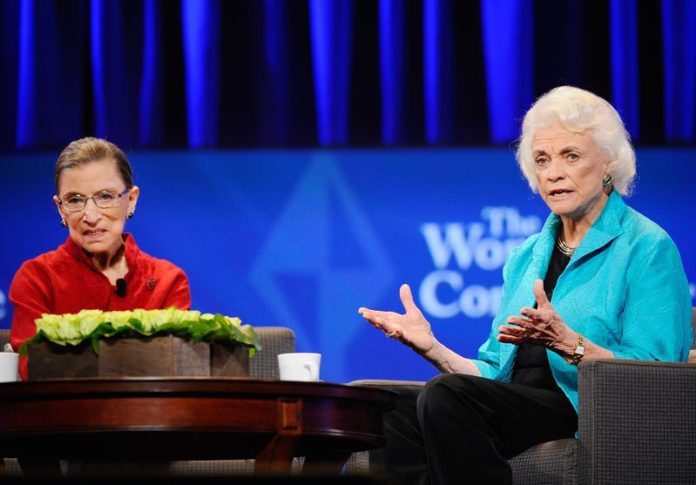 Legislation sponsored by U.S. Senator Amy Klobuchar (D-MN), Chairwoman of the Senate Rules Committee, along with U.S. Senators Murkowski (R-AK), and Sinema (D-AZ), to place statues of former Supreme Court Justices Ruth Bader Ginsburg and Sandra Day O’Connor in the U.S. Capitol or on the U.S. Capitol grounds to honor their service and dedication to our country passed the Senate unanimously.

“Ruth Bader Ginsburg and Sandra Day O’Connor were trailblazers long before reaching the Supreme Court, opening doors for women at a time when so many insisted on keeping them shut. The Capitol is our most recognizable symbol of Democracy, a place where people from across our country have their voices represented and heard. It is only fitting that we honor their remarkable lives and service to our country by creating statues in the Capitol,” Klobuchar said.

“This legislation honors two women who have had a tremendous impact on our nation. Justices Sandra Day O’Connor and Ruth Bader Ginsburg in their own right each made a mark on American history. I am proud to ensure that their legacies live on by establishing monuments of these two matriarchs in our United States Capitol. From Justice O’Connor’s being the first female justice on the Supreme Court to Justice Ginsburg’s efforts on equal citizenship rights—their leadership has made a difference for women and families for generations to come. By passing this legislation, we honor the service of these two justices and give thanks to two women who transformed the legal profession,” Murkowski said.

“Supreme Court Justices Sandra Day O’Connor and Ruth Bader Ginsburg will always be known as dedicated public servants, fierce champions for equality, and accomplished Americans who broke countless barriers in the field of law. Statues in the nation’s capital honoring the first two women to serve on the highest court in the land will serve as fitting tributes to their invaluable contributions to our country,” Collins said.

“Justice O’Connor and Justice Ginsburg paved the way for so many women in law and life. By permanently placing their statues in the U.S. Capitol, we’re honoring their legacy and reminding visitors to our nation’s Capitol that women can achieve their dreams with grit and determination,” Sinema said.

In honor of Justice Ginsburg’s and O’Connor’s trailblazing legacies, the legislation also asks the Joint Committee of Congress on the Library to consider selecting an artist from underrepresented demographic groups to create the statues.