The measure still needs approval from the U.S. House of Representatives and the backing of President Joe Biden. On Sunday, most of the United States resumed Daylight Savings Time, moving ahead one hour. The United States will resume standard time in November 2022.

Senator Marco Rubio said after input from airlines and broadcasters that supporters agreed that the change would not take place until November 2023. 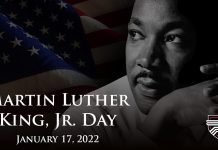