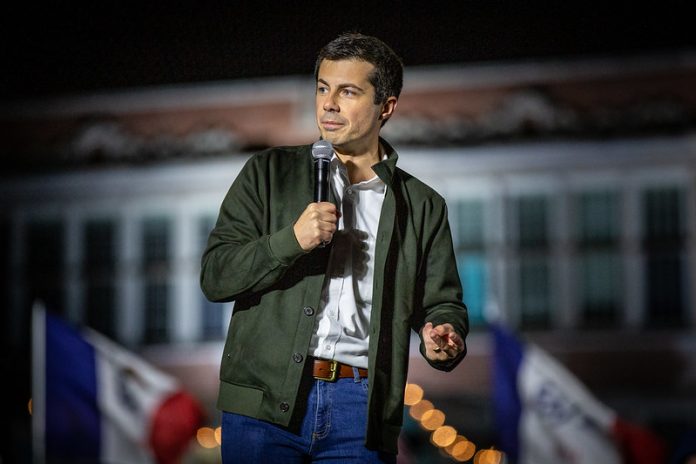 Unlike Sen. Bernie Sanders (I-VT) and Elizabeth Warren (D-Mass.), Mayor Pete Buttigieg does not support Medicare for All, but an alternative.

Through Buttigieg’s proposed plan, everyone would automatically be involved in universal health care coverage for those who are eligible.

It would also expand premium subsidies for low-income individuals, cap out-of-pocket costs for seniors on Medicare, and limit what health care providers charge for out-of-network care at double what Medicare pays for the same service.

However, those who still want to stay on private insurance can continue to do so.

When the mayor was asked whether or not this is a matter of “having your cake and eating it too,” he responded: “Why not?”

Continuing, he said: “The way I come at it is with a certain humility about what’s going to happen,” Mayor Pete said. “Because one of two things will happen. Either, there’s really no private option that’s as good as the public one we’re going to create … which means pretty soon everyone migrates to it and pretty soon it’s Medicare for all.”

“Or, some private plans are still better, in which case we’re going to be really glad we didn’t command the American people to abandon them whether they want to or not,” Buttigieg said. “I’m neutral on which one of those outcomes happen.”

Politico reports that there is no official cost for Medicare for All Who Want It. A Buttigieg campaign advisor said that federal spending would be approximately $790 billion.

“The core principle is not whether or not the government is your health insurance provider,” the mayor said. “The core principle for me is that you get covered one way or the other. That’s what Medicare for All Who Want It entails.”

Yahoo Finance: Pete Buttigieg explains why he’s against Medicare for All