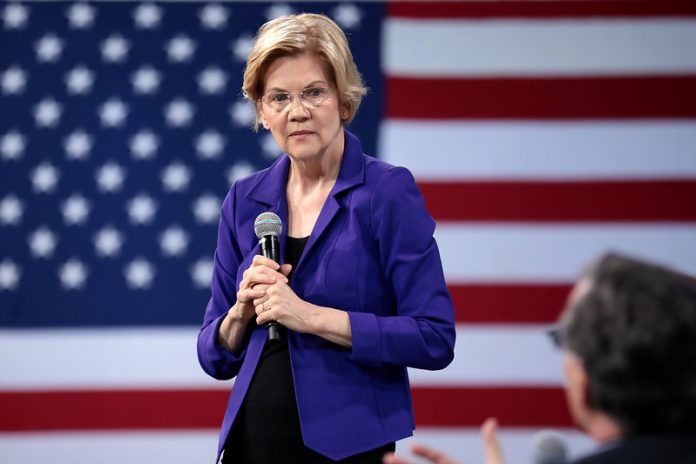 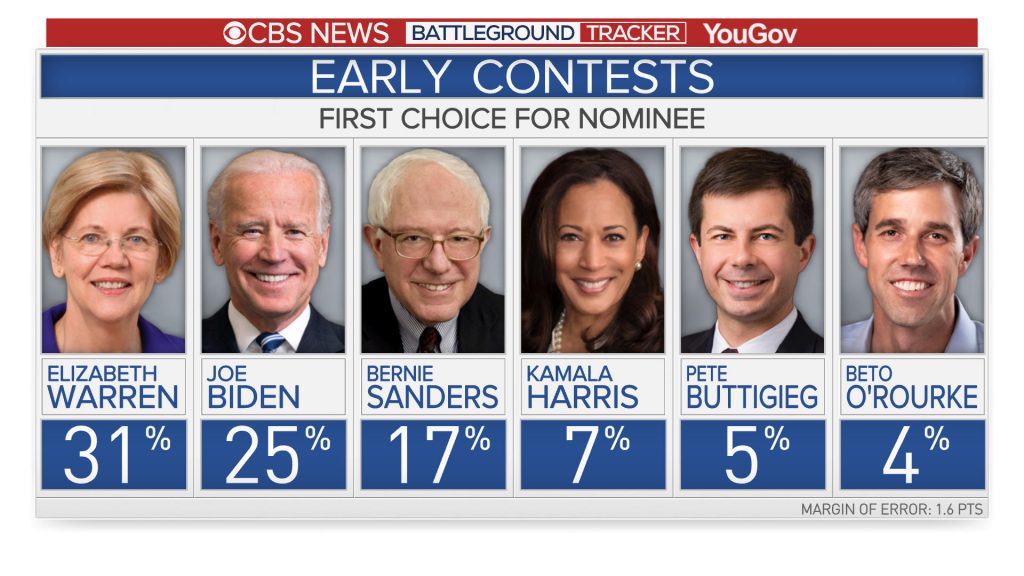 A new CBS News poll released on October 13, 2019 polling 18 early primary and caucus states shows Elizabeth Warren is leading the Democratic field with 31%, followed by Joe Biden at 25%, Bernie Sanders at 17%, Kamala Harris at 7%, Pete Buttigieg at 5% and Beto O’Rourke at 4%.

Warren has also increased her lead in New Hampshire and is even with Biden in Iowa.

The poll shows people consider Warren more equipped than Biden to handle attacks from Trump in the 2020 presidential campaign. Democrats say they believe Warren would handle any attacks “very well” than saying the same of Biden.

She is considered the first choice of voters who say that it is important to them to have an “inspiring” candidate.

Warren does as well as Biden in support of people looking for a candidate who would compromise to get things done. She does better than Biden among those looking for someone who sticks to principles and sets big goals.

Warren’s continued growth has drawn support from previous Biden and Sanders supporters among those who have been re-interviewed.

This shows it is not strictly a battle between her and Sanders to entice the progressive members of the party.