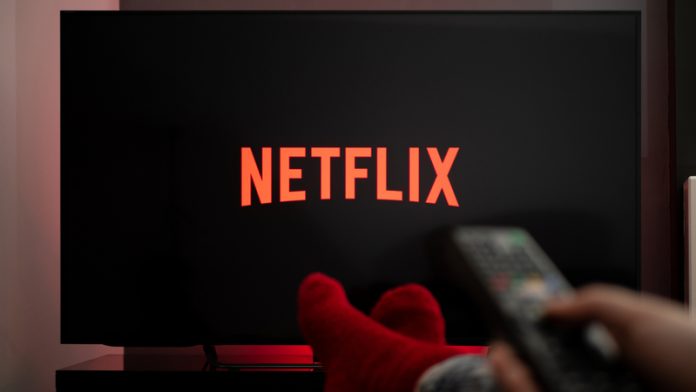 Netflix is canceling multiple shows and movies after its recent subscriber and financial problems.

According to The Wrap, the streaming giant has pulled the plug on numerous in-development Netflix shows. The company’s animation department has been hit hardest by the issues currently plaguing Netflix, which has suffered downturns in its market value and subscriber base since the turn of the year.

On Friday, April 21, we reported on Netflix’s announcement that it had lost 200,000 subscribers since the beginning of 2022. The streaming company’s recent decision to pull out of Russia over the war in Ukraine cost it 700,000 viewers (per Reuters), although that loss was offset by the acquisition of 500,000 new subscribers since the start of 2022.

Even so, Netflix’s recent subscriber drop-off is its largest for a decade, and the streaming company estimates that it’ll lose another two million paying customers before June 2022 – news that led to the company’s market value plummeting by $50 billion (per BBC). The company’s 9.8% year-on-year growth, according to its Q1 2022 shareholders’ letter, is Netflix’s slowest quarterly growth since Q1 2021, too. Although, Netflix has noticed a gradual downturn in its financial expansion over the past 12 months.

As it reckons with its first loss of subscribers in over a decade, plus a huge slump in the valuation of its shares, Netflix has seemingly moved to proactively combat further financial instability. And that means canceling multiple, in-development projects.

Per The Wrap’s report, Netflix’s Director of Creative Leadership and Development for Original Animation – Phil Rynda – was let go, alongside many of his staff, earlier this week.

According to Bloomberg, Netflix is also in the midst of restructuring its engineering department to create senior and junior roles for its employees. Given the internal upheaval, Bloomberg also claims that former and current Netflix employees believe that the streamer could lose some of the best creative influences on its staff – a talent drain that would surely impact the development of its most popular shows and movies.

Not only that, but the streaming giant also canceled many in-house animated projects, including an adaptation of Roald Dahl’s The Twits. A highly-anticipated animated series based on Jeff Smith’s beloved comic book series Bone, plus Lauren Faust’s Toil and Trouble, were other productions unceremoniously dumped by the streamer. Since news of Bone’s cancellation broke, Smith has taken to Twitter to voice (and illustrate) his thoughts on the comic series’ latest adaptation setback.

But it isn’t just keenly-awaited Netflix series that have been dispensed with. Netflix movies including Bright 2, a sequel to the Will Smith-starring fantasy flick, have also been dropped by the streaming company, according to What’s on Netflix. Bright 2’s cancellation is likely to have closer ties to 2022’s Oscars slapgate incident, which saw Smith physically assault Chris Rock live on stage. We had previously reported that Netflix and Sony had pulled back on in-development Will Smith projects in the wake of the incident. But, according to Bloomberg reporter Lucas Shaw, Netflix claimed that Bright 2’s cancellation had little to do with Smith’s Oscars confrontation.

It’s unclear how many Netflix TV series and films are similarly set for the chopping block. However, it seems that some of the streamer’s biggest hits – Stranger Things, The Witcher, Arcane, and Squid Game to name just four – are all safe.

It appears that new, in-development movies and shows are at risk of falling by the wayside. But, as we’ve previously seen from Netflix, the streaming giant isn’t averse to pulling the plug on fan-favorite productions if deemed necessary. We’re looking at you, Archive 81 and The Dark Crystal: Age of Resistance.

Netflix is yet to respond to our request for comment, but we’ll update this story if we hear back at some point.

These are certainly trying times for Netflix. Sure, the streaming company is still the biggest service of its kind globally, but there’s no denying that it’s been rocked by recent subscriber losses and a sizeable hit to its market share.

Netflix is having to deal with increased competition from Disney Plus, Prime Video, and HBO Max. The streaming trio equally provide value for money and high-quality entertainment for viewers, so Netflix doesn’t have complete control of the streaming market like it used to. Add in Apple TV Plus’ growing influence in the streaming industry – its recent pipping of Netflix to a Best Picture Oscar award win is sure to have rankled with Netflix executives – and Netflix’s dominion of the streaming market is lessening over time.

The spiraling cost of living in some countries, such as the UK, has had an adverse effect on Netflix’s subscriber base, too. As food, fuel, and energy prices increase worldwide, households are having to make tough choices about what they spend their money on. If it’s a decision between feeding your family/heating your home or continuing to pay for Netflix, there’s no contest: Netflix will lose out every single time.

And then there’s the company’s decision to crack down on password sharing between households. Netflix recently announced that it would no longer turn a blind eye to subscribers freely sharing their account information with family or friends who live elsewhere. To prevent this, Netflix has started testing a new “Add an Extra Member” paid feature, whereby account holders can pay an additional $2.99 per month to allow people living at another address to use their account. Based on reactions from multiple Reddit users in recent days and weeks, it’s a move that’s proving to be very unpopular.

It remains to be seen whether Netflix can recover from these setbacks. Yes, the streamer’s 220 million-strong global subscriber base means that it should be fine for now. Netflix, too, will hope that these issues are only temporary and that the next big Netflix hit may entice users to return in the future and start paying for the privilege of watching its content again.

There’s no denying, however, that Netflix is currently having to navigate choppy waters. According to Macquarie tech analyst Tim Nollen (per Yahoo Finance), Netflix’s best days could even be behind it, with the streamer’s share prices crashing by 40% in the wake of its Q1 2022 earnings report. Meanwhile, Mark Mahaney – Evercore ISI Senior Managing Director & Head of Internet Research – believes the company’s belated decision to potentially introduce an ad-based subscription has additionally cost Netflix in the long run (per Yahoo Finance).

With Netflix suffering a sizable financial hit amid its subscriber base issues, its next steps could be crucial in determining whether it can win back viewers’ support or if things will only get worse from this point on.