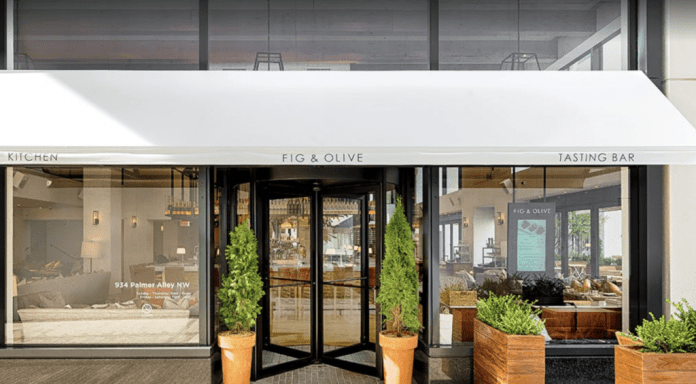 President Donald Trump held a funeral at the White House for his late brother on Friday, and according to Bennett, a group of mourners went to the restaurant afterward and became irate when they were told that capacity restrictions prevented it from accommodating the party.

Bennett confirmed an account he’d already heard by calling the restaurant and posted the results on Twitter. He wrote:

“NEWS: I got a tip that someone in town for Robert Trump’s White House funeral punched a server tonight at D.C.’s Fig & Olive restaurant. I called and an employee there confirmed it: “Somebody blindsided one of my servers. Clocked him right in the nose.”

I’m told some in the group were still carrying funeral programs. The “unruly” group lashed out when the restaurant couldn’t accommodate their large party. Employee: “It’s a pandemic, doing the best we can. Totally uncalled for.” The employee says no “high-profile” Trump was involved.

The employee says he believes the server’s nose is broken.
I asked if the police were involved. The employee says they have security at City Center and he thought they were handling it with DC police. But neither security nor police did anything.

Employee: “My server’s nose is crooked. Pretty sure the guy broke it. They didn’t apologize. Just said, ‘You don’t know how to speak to people.’”