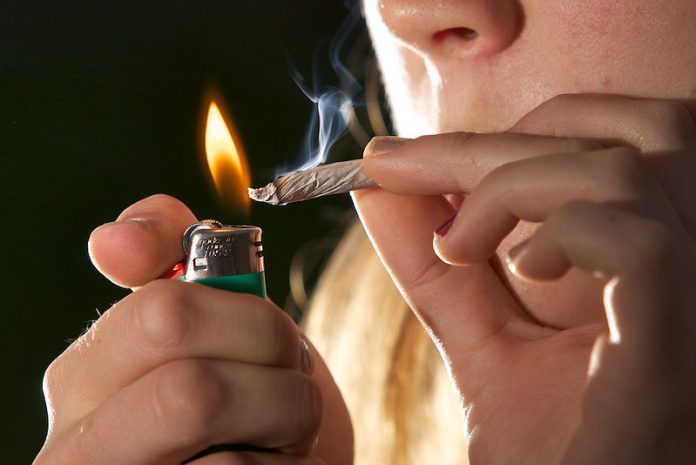 Trump and some of his team, already obsessed with the potential drop-off of various demographic groups that make up his battered coalition, have begun openly worrying that the drive to legalize or decriminalize marijuana might hurt him and fellow Republicans at the ballot box.

According to two GOP strategists who’ve independently discussed the topic with Trump this year, the president believes that the inclusion of marijuana initiatives on state ballots could supercharge turnout for voters who lean toward Democratic candidates and causes. The president, according to one of the sources, asked for updates on critical swing-states that could see such ballot measures in the 2020 elections.

“The president is keenly aware of how presidential elections [nowadays]… can be won at the margins,” one of the Republican strategists said. “The pot issue is one of many that he thinks could be a danger… He once told me it would be very ‘smart’ for the Democrat[ic] Party to get as many of these on the ballot as they could.”

Decades ago, Trump had publicly advocated full-on legalization, arguing that “we’re losing badly the war on drugs,” and that “you have to legalize drugs to win that war. You have to take the profit away from these drug czars.” During this iteration of his political identity, he put the blame on politicians who “don’t have any guts” to tackle drug legalization.

But by his 2016 presidential campaign, Trump had come out “strongly” against legal weed. By the time he reached the Oval Office, he was enthusiastically proposing executing drug dealers by firing squad. And his first attorney general, Jeff Sessions, revoked an Obama-era guidance that discouraged the feds from prosecuting marijuana-based criminal cases in states where it was legal.

But behind the president’s tough-on-drugs approach appears to be a recognition that the politics aren’t on his side. At an event in Oshkosh, Wisconsin, on Monday, Trump needled the state’s former Republican governor Scott Walker for losing to a Democrat in 2018, suggesting that Wisconsin ballot measures boosted turnout in the state, to the benefit of Walker’s Democratic opponent.

“The next time you run, please don’t put marijuana on the ballot at the same time you’re running,” Trump said to Walker, who was in the audience. “You brought out like a million people that nobody ever knew were coming out.”

Trump was giving voice to a bit of conventional political wisdom that the opportunity to vote for marijuana legalization or decriminalization can spur increased turnout among younger, more progressive voters. The data on that question is a mixed bag, though there is some evidence that it contributed to Walker’s defeat.

“Both parties use ballot initiatives to gin up their turnout. George Bush did it with [gay marriage] in 2004… and we did it with flag-burning amendments over the years,” said former Rep. Jack Kingston (R-GA), a Trump surrogate. “These kinds of measures can get hundreds [of voters] there, and that can sometimes be the difference in these races… If I was on a statewide ballot, I would probably not want a marijuana initiative on there. I suspect it brings out more Democrats than Republicans.”

If Trump’s theory is borne out in 2020, it could have significant consequences for him and other Republicans in tight races in November. Two of the four states where recreational cannabis legalization will likely make the ballot in November are Arizona and Montana. Both those states are hosts to critical U.S. Senate contests where Republican incumbents are facing tough re-election fights.

In both states, Republicans are almost evenly divided on whether marijuana should be legal, according to survey data from the firm Civiqs. Every other demographic group polled supports legalization, most by wide margins.

Arizona is of particular importance to Trump. He carried the state by a slim 3.5 percent margin in 2016, and Democrats are making a push in the state with the hope of flipping it for Joe Biden. At the Democratic nominating convention on Tuesday, Cindy McCain, the wife of Arizona’s late Republican Senator John McCain, aired a recorded speech praising Biden, though she stopped short of an endorsement.

Republicans in Trump’s orbit, like the party at large, have been divided on the legalization question. The president’s first attorney general, former Alabama Senator Jeff Sessions, was a notorious drug warrior and vehement legalization opponent. But Trump has also leaned on operatives like Roger Stone, who has been an outspoken legalization advocate for years but who told The Daily Beast that he had “not had the opportunity to make this case personally” to Trump.

“I have written and said in interviews that the President should, with the stroke of a pen, take cannabis off the DEA Schedule 1 list,” Stone wrote. “Joe Biden must wear his role in authoring the law requiring the harsh mandatory penalties for the first time nonviolent crime of possession of small amounts of drugs for persona; use which is responsible for the mass incarceration of hundreds of thousands of African Americans.”

As it happens, one key advocate for marijuana legalization in Arizona has some notable ties to the president himself. Elroy Sailor, a former Republican National Committee adviser who served on Trump’s transition team, sits on the board of Harvest Enterprises, a cannabis company in the state that has provided the lion’s share of funding for a ballot committee pushing for the legalization measure. The committee, Smart and Safe Arizona has also paid consulting fees to a firm run by Sailor. He didn’t respond to questions about the measure.

If marijuana policy might provide a boost to Democrats’ hopes in November, the party hasn’t shown much eagerness to embrace the opportunity. Democratic delegates overwhelmingly rejected proposed changes to the party platform last month that would have called for full marijuana legalization, instead opting for more measured language in support of decriminalization.

A handful of Trump’s allies and confidants see room for opportunity and outflanking liberals on marijuana measures, even if the sitting president does not.

“[The president] was discussing how marijuana impacted the 2018 election cycle turnout,” Rep. Matt Gaetz (R-FL), a top Trump ally on Capitol Hill, told The Daily Beast on Wednesday. “That was a different time… and before the DNC took a step back on marijuana policy this year.”

“Marijuana politics have more multitudes in 2020 than 2018,” the congressman added, “[T]he political opportunity is there for either party in 2020 on marijuana policy. And there are many marijuana voters… Hell [Rep. Alexandria Ocasio-Cortez], and I have even sponsored legislation together to democratize access to marijuana research. We get it. The establishment in both parties doesn’t.”

Asked if he had talked to Trump directly about his conviction that pot could prove to be a political winner, Gaetz declined to give a readout of any presidential conversations.