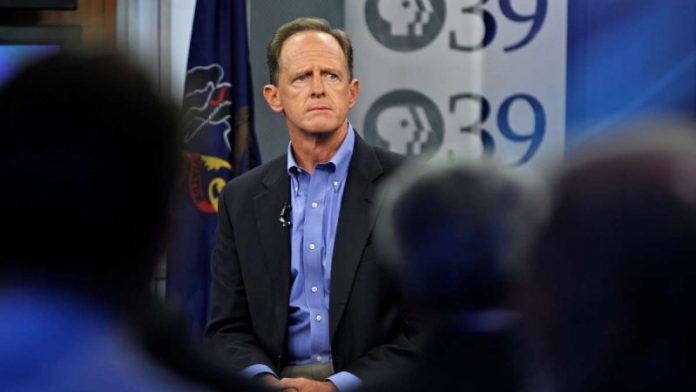 Sen. Pat Toomey (R-Pa.), who has played a leading role in opposing efforts to throw out the results of the 2020 election, on Saturday said President Trump has “committed impeachable offenses.”

“I do think the president committed impeachable offenses,” said Toomey said during an interview on Fox News’s “The Journal Editorial Report.”

Toomey is the top-ranking Republican on the Senate Banking Committee. He plans to retire from Congress at the end of 2022 to return to the private sector.

Toomey said he did not know whether the Senate would act on any articles of impeachment passed by the House during the final 11 days of Trump’s term in office and voiced concern that Democrats may try to “politicize” the process.

“I don’t know what they are going to send over, and one of the things that I’m concerned about, frankly, is whether the House would completely politicize something,” he said.

While Toomey said he believes Trump “committed impeachable offenses,” he added, “I don’t know what’s going to land on the Senate floor if anything.”

Senate Majority Leader Mitch McConnell (R-Ky.) on Friday circulated a memo laying out the procedures for another impeachment trial if the House votes a second time to impeach Trump.

McConnell’s memo stated that while the Senate could receive a message from the House informing the upper chamber that it has passed articles of impeachment, the secretary of the Senate could not notify the Senate of the message until Jan. 19, when the senators are scheduled to return from a recess.

As a result, the House impeachment managers could not exhibit the articles of impeachment on the Senate floor until Jan. 19 unless all 100 senators agree to allow the business to take place before the recess is scheduled to end — an unlikely possibility, according to McConnell’s memo.

The Senate’s impeachment rules do not allow the upper chamber to begin the trial until one day after the House impeachment managers exhibit the articles of impeachment, which means another trial couldn’t begin before 1 p.m. on Jan. 20, after Joe Biden is sworn in as president — unless all 100 senators agree to return earlier.

Two other Republican senators have expressed willingness to remove Trump from office over what they see as his role in whipping up a pro-Trump mob that stormed the Capitol Friday.

Sen. Ben Sasse (R-Neb.) told “CBS This Morning” that if the House comes together on an impeachment process, “I will definitely consider whatever articles they might move because, as I told you, I believe the president has disregarded his oath of office.”

Sasse said he “swore an oath to the American people to preserve, protect and defend the Constitution” and that Trump “acted against that.”

“I want him to resign. I want him out. He has caused enough damage,” she said.