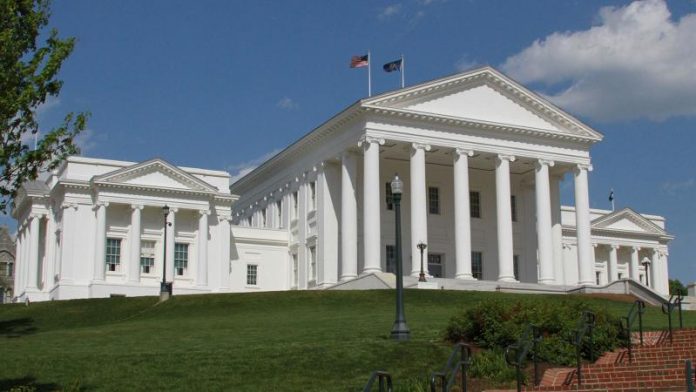 Democratic leaders in the Virginia House of Delegates have stripped three Republicans of some committee assignments after they signed a letter casting doubt on the results of the presidential election and urging Vice President Mike Pence to block the lopsided Democratic victory in Virginia.

House Speaker Eileen Filler-Corn, D-Fairfax, stripped Dels. Dave LaRock, R-Loudoun, Ronnie Campbell, R-Rockbridge and Mark Cole, R-Spotsylvania, of one committee assignment each. They were not booted from all their committee seats.

LaRock was booted from the Transportation Committee, Cole was removed from the Privileges and Elections Committee and Campbell lost his spot on the Courts of Justice Committee.

“By seeking to disenfranchise millions of Virginians and undercut faith in our democratic institutions, Delegate Dave LaRock, Delegate Mark Cole, and Delegate Ronnie Campbell showed exceedingly poor judgment and conducted themselves in a manner unbecoming of their office,” said Kunal Atit, a spokesman for Filler-Corn. “Their attempt to cast doubt on our elections process in order to impede the peaceful transfer of power between one president and another is an affront to our democracy and violates the public trust.”

Prior to last week’s rally in D.C. that culminated in a deadly mob attack on the U.S. Capitol, LaRock spearheaded a letter addressed to Pence that asked him to block some Electoral College votes for President-elect Joe Biden.

“Should you, as Vice President, announce a winner based on a tally of unconstitutionally and fraudulently elected Presidential Electors, it would create a rent in the fabric of the nation,” the delegates said in the letter, which was on LaRock’s letterhead and co-signed by Cole and Campbell.

LaRock in particular is facing mounting calls to resign after he offered a defense of last week’s event and used an outdated racial term by saying his detractors should “focus on the needs of the colored community.”

“I have stayed loyal to the president even now as RINOs are jumping ship and that won’t end,” he said. “Democrat Trump haters want to humiliate our president and they want to intimidate me and make me unelectable.”