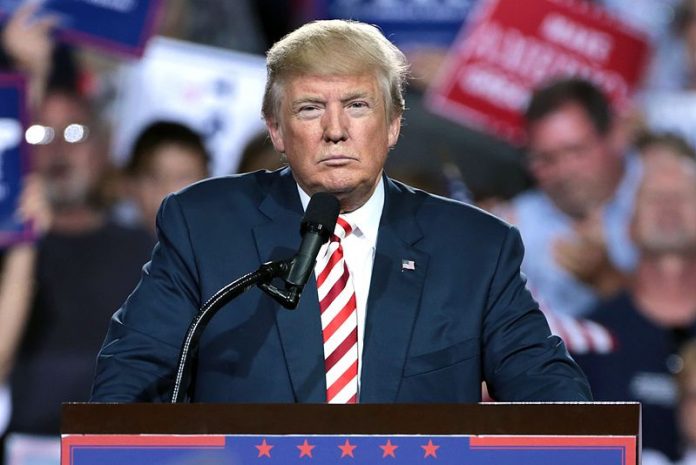 The House voted Wednesday, January 13, 2021, voted to impeach President Donald Trump for a second time for ‘incitement of insurrection,’ exactly a week after the MAGA mob stormed Capitol Hill.

The Democratic majority was joined by some Republicans, making the House’s move bipartisan unlike Trump’s first impeachment less than 13 months ago.

The revelation came after the House cleared procedural hurdles and debate had started on the article.

The White House put out a statement from Trump, trying to quell future violence, as the House debated.

‘In light of reports of more demonstrations, I urge that there must be NO violence, NO lawbreaking, and NO vandalism of any kind. That is not what I stand for, and it is not what America stands for. I call on ALL Americans to help ease tensions and calm tempers. Thank You,’ the president’s statement said.

House Speaker Nancy Pelosi called Trump a ‘clear and present danger,’ as Democrats said they were standing in a ‘crime scene’ and Trump needed to pay a price for a campaign of ‘lies and conspiracy theories,’ which had fomented violence.

Trump’s Republican allies did not defend Trump’s behavior but instead pitched censuring the president or launching a 9/11-style commission, more fitting punishments they argued for someone who was already leaving office.

Rep. Chip Roy, a Texas Republican, went as far as to say Trump’s conduct was impeachable, but wouldn’t vote for the article, calling it ‘flawed.’

The Republican revolt was led by Rep. Liz Cheney, the number three in the caucus, who issued a fiery denunciation of Trump when she announced her vote, saying he ‘lit the flame on insurrection.’

Members of the House walked into the chamber past rows of National Guard members sleeping holding their rifles, while outside thousands of troops surrounded the building, the first time troops have been stationed in it since the Civil War.

In the Senate, which will have to hold a trial of Trump in the wake of the vote as soon as it receives the article, McConnell is said to be leaning ‘more than 50/50’ towards convicting Trump, to ‘purge’ the party of him.

McConnell confirmed that reporting by leaving the door open to convict.

‘While the press has been full of speculation, I have not made a final decision on how I will vote and I intend to listen to the legal arguments when they are presented to the Senate,’ read a memo McConnell sent to his GOP Senate colleagues.

How many other Republicans are on board is unknown, with only Sen. Mitt Romney certain so far to back impeachment, while on Wednesday Sen. Lindsey Graham accused McConnell of risking more violence by backing impeachment.