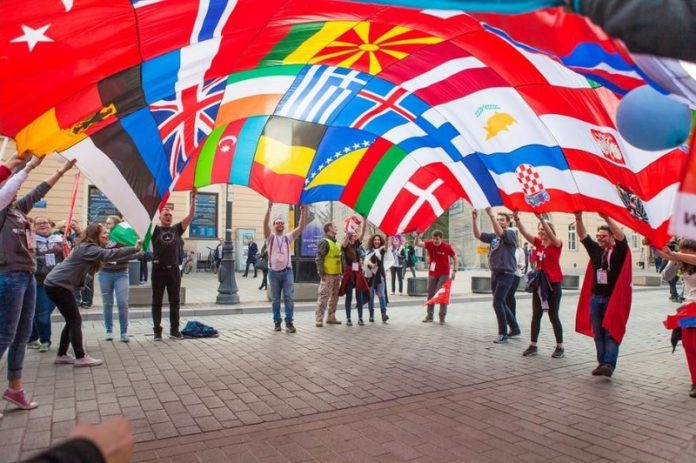 British students will not be able to study at European universities with an Erasmus+ grant from 2021 and neither will EU students in the U.K. after the U.K. declined to continue participating in the EU’s flagship student mobility scheme.

Prime Minister Boris Johnson reported that a deal with the EU on Erasmus+ had been impossible because it was deemed by London as too expensive.

However, he confirmed plans to launch a domestic scheme to help British students going to universities in and out of Europe. It will be called the Turing scheme, after mathematician Alan Turing, Johnson announced.

Speaking at a press conference from inside Downing Street on Thursday, December 24, 2020, Johnson said breaking away from Erasmus+ was a “tough decision.”

“The issue really was that the U.K. is a massive net contributor to the continent’s higher-education economy because over the last decades we had so many EU nationals, which has been a wonderful thing, but our arrangements mean the U.K. exchequer more or less loses out on the deal,” Johnson said. “Erasmus was also extremely expensive.”

The lack of a deal to participate in Erasmus+ is particularly irritating for British students because five non-EU countries do take part in the scheme, including Turkey, North Macedonia, and Switzerland. However, in previous years, the U.K. received almost twice as many students as it sent away.

“Ending UK participation in Erasmus – an initiative that has expanded opportunities and horizons for so many young people – is cultural vandalism by the UK government,” Scottish First Minister Nicola Sturgeon said on Twitter.

Matt Crilly, president of the National Union of Students of Scotland, said failure to reach a deal on Erasmus+ was “disappointing.”

“The Erasmus funding grants help open up international study opportunities for folk who may otherwise not be able to afford it,” he said.

Expectations for a deal on Erasmus+ remained low throughout the year after the U.K. sought ways to limit the cost of its association and pressed ahead with plans for a domestic scheme in case talks broke down.

“While the announcement that the U.K. will now not be participating in Erasmus+ is disappointing, we are pleased that the prime minister has committed to a new U.K. program to fund global mobility,” said Vivienne Stern, director of the international arm of the vice chancellors group Universities UK. “We now ask the U.K. government to quickly provide clarity on this Erasmus+ domestic alternative, and that it be ambitious and fully funded.”

The EU had offered Britain access to the entire program for seven years, in exchange for a fee which would be calculated on the basis of GDP. The U.K., however, preferred more time-limited participation, and was only interested in the mobility element of the scheme, by far the biggest part — the scheme also funds other higher-education activities such as the exchange of best practices by university managers. This would have allowed Britain to save taxpayers’ money but there was no precedent of partial association to Erasmus+.

U.K. Chancellor Rishi Sunak confirmed funding for an alternative to Erasmus+ in the one-year spending review in November. Under the British student-mobility program, the U.K. government would fund British students to go abroad but would not be expected to support EU students taking up courses in British universities.

George W. Bush Reports He Wrote In Condoleezza Rice’s Name For President In 2020

Caitlyn Jenner Who Has Rarely Voted, Is Running For Governor Of California