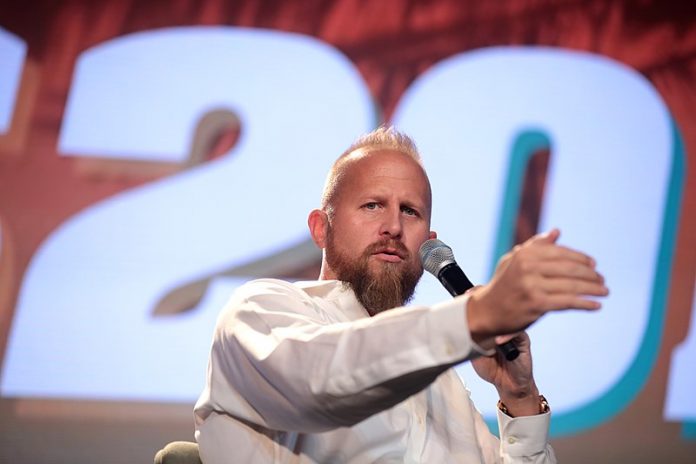 Trump “was shouting” at campaign manager Brad Parscale on the phone during a Friday meeting with advisers, CNN first reported. After they presented grim internal poll numbers suggesting that Trump’s coronavirus news briefings had damaged his campaign, the president attempted to shift the blame to Parscale and “berated” him over the poll numbers.

At one point, Trump even threatened to sue Parscale, according to the report. The president took to Twitter to issue a denial.

“Just told that Fake News @CNN is falsely reporting that I was recently shouting at my campaign manager over made-up nonsense,” he wrote. “Actually, he is doing a great job, I never shouted at him (been with me for years, including the 2016 win), & have no intention to do so. Just FAKE NEWS!”

But shortly after CNN’s story was published, The New York Times, The Washington Post, and other outlets independently confirmed the report.

Aides encouraged Trump to reduce the frequency of his briefings or to stop taking questions after his poll numbers slid in recent weeks, The Post reported. Trump resisted the advice, arguing that people “love” the briefings. He later said he “might sue” Parscale, though a source said the remark was made in “jest.”

“I’m not losing to Joe Biden,” Trump insisted, according to the report.

Trump said it was “other people’s fault” that his poll numbers slid, insisted that the figures were wrong, and threatened to sue Parscale after “mentioning the money he has made while working for the president,” The Times reported. A source said the threat “did not appear to be serious.”

“I love you, too,” Parscale reportedly responded.

Parscale flew from his home in Florida to Washington on Tuesday to meet with Trump face-to-face, according to the reports.

Trump told Reuters on Wednesday that he does not “believe the polls” and suggested the outbreak was a plot to hurt his re-election chances.

“China will do anything they can to have me lose this race,” he claimed.

Trump’s fury came after he came under criticism and ridicule for suggesting that disinfectant could be used to treat the coronavirus through an “injection inside” the body.

“He’s p*ssed, because he knows he messed up in those briefings,” a Republican close to the White House told CNN.

Trump has subsequently scaled back his news appearances, opting instead for White House events with friendly business leaders and extended pool sprays in the Oval Office.

“What we’re seeing in polls is that Trump’s personal ratings have gone down even more than his job approval ratings,” veteran Democratic pollster Geoff Garin told The Times. “And what that tells me is that all of Trump’s antics are taking a toll on his vote, because now more than ever, people see his lack of judgment and lack of temperament as being consequential.”

Aides attempted to lift Trump’s spirits by showing him more positive poll numbers, including a recent CNBC poll which found him virtually tied with Biden in six key swing states, according to The Times.

But other recent polls have shown Trump in deep trouble against Biden. A Fox News poll found Biden leading Trump in Florida, Michigan and Pennsylvania. A recent Gallup poll found that Trump’s approval rating has seen its sharpest dip to date. The Republican National Committee’s internal polling has not been any better, The Times reported.

“With the economy in free-fall, Republicans face a very challenging environment, and it’s a total shift from where we were a few months ago,” veteran Republican pollster Glen Bolger told the outlet. “Democrats are angry, and now we have the foundation of the campaign yanked out from underneath us.”