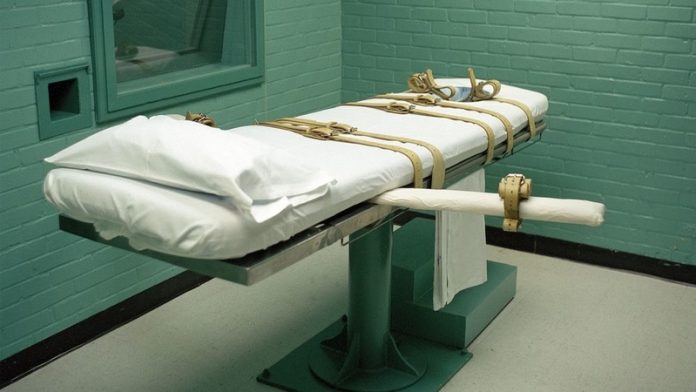 After a second federal inmate scheduled to be executed next month recently tested positive for the coronavirus, several senators are asking the Department of Justice’s independent watchdog agency to investigate what motivated the Trump administration to resume the federal death penalty this year.

Since July, the Justice Department under Attorney General William Barr has put 10 federal inmates to death, with three more executions scheduled in January just days before President-elect Joe Biden’s inauguration. That is the most executions in a presidential lame-duck period in more than 130 years.

The federal government’s ramping up of executions ended a 17-year moratorium under previous administrations and came amid a pandemic that led all states to halt executions.

The reversal of long-standing DOJ policies and protocols for federal executions raise numerous questions about the fairness and application of these policies and protocols by the Trump Administration,” the senators wrote Monday in a letter to Justice Department Inspector General Michael Horowitz that was shared with NBC News.

The group of senators, which includes Democrats Elizabeth Warren of Massachusetts, Cory Booker of New Jersey and Dick Durbin of Illinois, are asking Horowitz to review several matters, such as what was the Trump administration’s “policy rationale” for the reversal; if there was a pattern or practice of racial bias applied (of the 13 condemned federal inmates, six are Black and one is Native American); what are the costs involved with federal executions; and if appropriate steps have been taken to ensure families, legal representatives and federal staff involved with executions are protected from Covid-19.

“President Trump’s execution spree during his final days in office is horrific and unprecedented, and holding these executions during a global pandemic puts families and federal prison officials at increased risk of contracting Covid-19,” said Warren, who supports abolishing the death penalty.

The Justice Department and Federal Bureau of Prisons did not immediately respond to a request for comment Tuesday about the senators’ letter or concerns raised by attorneys over the spread of Covid-19 in connection with the executions.

Barr, who resigned this month and whose final day with the department is Wednesday, said in July that the executions are meant to bring justice to victims and survivors and that those scheduled for death are among “the worst criminals.”

So far, attorneys in some of the cases have unsuccessfully argued in court that their clients received poor legal representation during the trial; that there was racism in jury selection; that evidence was withheld; or that their clients have an intellectual disability that precludes them from being executed under the Constitution.

Biden campaigned in support of a moratorium on the federal death penalty, favoring instead life sentences without probation or parole.

Critics of the death penalty say conducting these executions risks spreading the coronavirus. There’s already evidence that has happened.

After one federal execution in November, eight members of a 40-person federal execution team later tested positive for Covid-19 after returning home, according to a court declaration of a Bureau of Prisons official filed this month. The exact circumstances for how the team members became infected were not detailed, but five of the staffers were set to take part in two executions this month at the federal penitentiary in Terre Haute, Indiana, where federal inmates are put to death.

Last week, attorneys for Cory Johnson and Dustin Higgs — death row inmates scheduled to be executed by lethal injection next month at the Terre Haute prison — said they had tested positive for the coronavirus.

Attorneys for Johnson, a Black man who was convicted in 1993 of killing seven people in relation to drug trafficking in Virginia, have asked President Donald Trump to commute his sentence before his scheduled Jan. 14 execution. The attorneys say Johnson is “intellectually disabled and cannot constitutionally be executed.”

Attorneys for Higgs, a Black man who was convicted of ordering the 1996 murders of three women in Maryland, have also petitioned Trump for clemency before his Jan. 15 execution. Dozens of Maryland lawmakers have recently asked that the execution be halted, noting that an accomplice in Higgs’ case who pulled the trigger received a life sentence without parole.

“The government should not carry out yet another superspreader execution in the heart of this global pandemic,” Shawn Nolan, an attorney for Higgs, said.