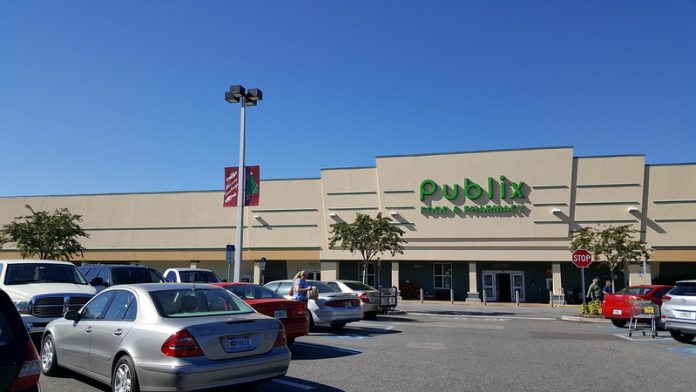 Fancelli, a part-time Lakeland resident, reached out to far-right host Alex Jones about helping fund a Jan. 6 event and ultimately contributed $300,000 to the rally through a former fundraising representative for the Trump 2020 campaign. The money helped pay for the majority of the $500,000 rally where former president Donald Trump spoke, preceding the Capitol riots, the Journal found. Fancelli did not respond to the newspaper’s multiple requests for comment.

The Wall Street Journal also reported that Fancelli picked Trump campaign fundraiser Caroline Wren to coordinate funding for the Jan. 6 rally. Wren was listed as “VIP Coordinator” in the event’s permit and played a major role in organizing it.

Fancelli is the daughter of Publix founder George W. Jenkins, who died in 1996.

According to the Miami New Times, Fancelli and her two children contributed to the federal maximum amount of money to Trump’s reelection campaign in 2019, contributing around $171,000 to Trump Victory. The Wall Street Journal reported she gave more than $980,000 to an account for both the Republican Party and Trump’s campaign in the 2020 election cycle.

Fancelli isn’t the only Publix heir to be active in GOP fundraising. Carol Barnett Jenkins, George Jenkins’ daughter, and Fancelli’s older sister, made a $10,000 donation to former Georgia Sen. David Perdue’s 2020 campaign, and then another $100,000 to a PAC that financed the runoff campaigns for Perdue and Kelly Loeffler in Georgia, according to CLTampa. Both lost on Jan. 5 to Democrats Jon Ossoff and Rev. Raphael Warnock.

Forbes ranks the Jenkins family as one of the richest in America. As of 2020, it had a net worth of $8.8 billion, according to Forbes.

Fancelli is a graduate of Mount Vernon Seminary in Washington and the University of Florida. In 1972, she married Mauro Adolfo Dino Fancelli, whom she met while studying abroad while at UF. He was the head of his family’s fruit and vegetable wholesale business in Florence.

According to The Ledger, the couple spends most of their time in Florence and visit Lakeland during holidays and winter months.