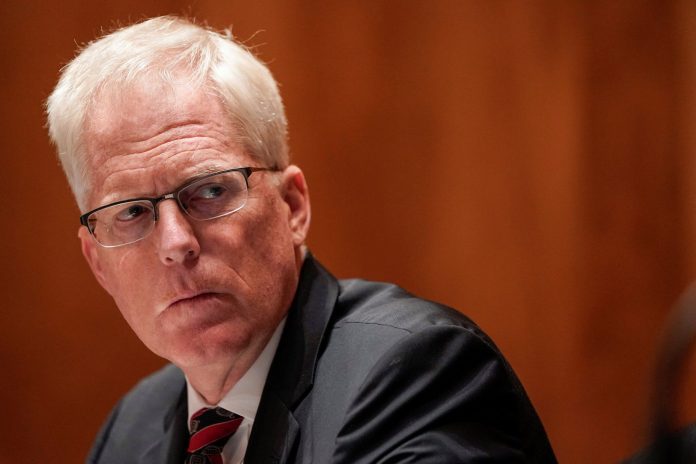 The two men who were in charge of the Pentagon and Justice Department on Jan. 6 are expected on Wednesday to defend their response to the pro-Trump riot, despite rampant criticism that the National Guard took far too long to arrive after insurrectionists breached the Capitol.

Christopher C. Miller, who was the acting defense secretary at the time, will tell members of the House Committee on Oversight and Reform that he stands by “every decision I made that day,” according to prepared remarks obtained by The Washington Post — and that any criticism of the National Guard’s response “reflects inexperience with, or a lack of understanding of, the nature of military operations, or worse, that it is simply the result of politics.”

The defiant stance from Miller probably will rankle Democrats on the panel, who are expected to demand a reckoning from the former officials, particularly Miller.

“Security collapsed in the face of the mob, and reinforcements were delayed for hours as the Capitol was overrun,” panel chairwoman Carolyn B. Maloney (D-N.Y.) is expected to say, according to excerpts of her prepared remarks obtained by The Post, noting that the Pentagon’s “explanations of its own actions have failed to address critical questions.”

“It’s clear that despite all of this intelligence, the federal government was not prepared,” Maloney is expected to say. “Today — more than four months later — we’re still in the dark about exactly what went wrong.”

The panel’s audience with Miller and former acting attorney general Jeffrey Rosen marks the first time that either has spoken publicly with lawmakers about the events of Jan. 6 and the steps they took to prepare for and respond to the insurrection. Their testimony has been a significant missing piece of the puzzle, as other congressional panels have held hearings with other former officials to determine why highly trained law enforcement and intelligence officials failed to hold back the approximately 10,000 pro-Trump rioters who gathered outside the Capitol, and the 800 who stormed the building that day.

Miller will testify that responsibility to call up the D.C. National Guard had been delegated to him by President Donald Trump well in advance of Jan. 6, and that he had resisted Mayor Muriel E. Bowser’s early calls to deploy those troops, despite intending to do so, “until the concept of the operation — the plan — was finalized.” He is expected to say that he was wary of the National Guard being pilloried, or made to look like they were trampling on the demonstrators’ First Amendment rights, after the backlash to how federal law enforcement responded to the summer 2020 demonstration protesting the murder of George Floyd.

“I agreed only to deploy our soldiers in areas away from the Capitol, avoiding amplifying the irresponsible narrative that your Armed Forces were somehow going to be co-opted in an effort to overturn the election,” Miller is expected to say.

Miller’s remarks stated that he approved the full deployment at 3 p.m. on Jan. 6, and that the order was transmitted at 3:04 p.m. The first Guard troops arrived at the Capitol at 5:22 p.m.

But before the order was issued, several other federal government agencies — as well as the D.C. police department — had already mounted a response. According to Jeffrey Rosen, who was acting attorney general on Jan. 6 and will also appear before the Oversight Committee on Wednesday, FBI SWAT and hostage rescue teams, special response teams from the Bureau of Alcohol, Tobacco and Firearms, and Federal Protective Service and Immigration and Customs Enforcement personnel from the Department of Homeland Security were on the scene by 2:40 p.m. — about a half-hour after rioters broke into the Capitol building itself.

Rosen is expected to tell lawmakers that though no one had requested it, he directed various Just Department agencies “to take cautionary steps to alert or pre-position tactical teams needed for support,” including ordering an FBI SWAT team usually based in Baltimore to relocate to Washington for the day.

During his brief tenure, Rosen came under tremendous pressure from Trump and his allies to have the Justice Department investigate the outgoing president’s claims of voter fraud in the 2020 election. At one point, Trump even entertained a plan to replace Rosen — who stepped into the attorney general role on an acting basis when William P. Barr left the position last Christmas Eve — with Jeffrey Clark, an assistant attorney general who had demonstrated more sympathy to the president’s position.

In his prepared remarks for Wednesday, Rosen is emphatic that during his tenure, “no special prosecutors were appointed, whether for election fraud or otherwise; no public statements were made questioning the election; no letter was sent to State officials seeking to overturn the election results; no DOJ court actions or filings were submitted seeking to overturn election results,” and that the only brief it filed regarding the election “was to seek a dismissal” of a lawsuit to decertify the electoral college results.