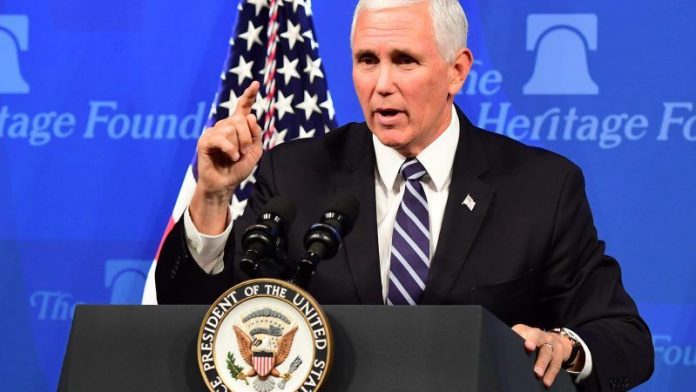 Former Vice President Mike Pence is joining the Heritage Foundation as a distinguished fellow, according to three people familiar with the matter.

The move comes a day after the former vice president launched his transition office and announced plans to relocate to his home state of Indiana this summer. Pence is expected to announce additional plans related to his future in the coming weeks, beyond his efforts to boost House and Senate Republicans ahead of the 2022 midterms. He reportedly plans to also launch a fundraising committee related to policy.

Pence has been living in Northern Virginia since returning from a post-administration vacation to the U.S. Virgin Islands with his wife Karen last month. He and the former second lady also returned to Indiana for a “welcome home” tour after the pair attended President Joe Biden’s Jan. 20 inauguration.

The former vice president, who served in the House of Representatives and as Indiana governor before joining the GOP presidential ticket in 2016, is widely expected to run for president in 2024.

Heritage, which didn’t immediately respond to a request for comment, plans to announce his new role later on Thursday. The conservative think tank seeded numerous former staffers into the Trump administration, and they’ve picked up other Trump aides on the way out, too, including the executive director of Heritage Action for America, Jessica Anderson, who worked at the Office of Management and Budget.