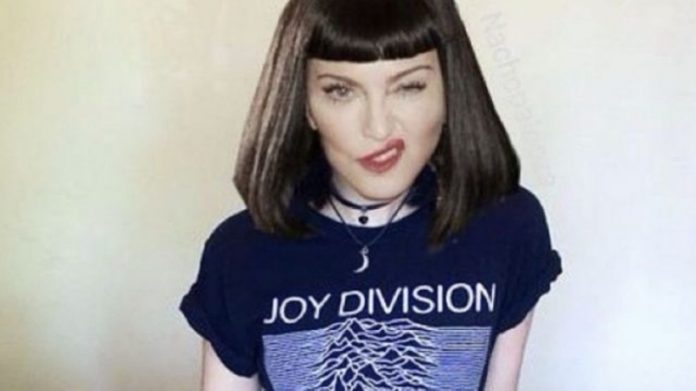 They say imitation is the sincerest form of flattery. What is it when someone Photoshops their head onto your body, then? Still flattery?

TikToker Amelia Goldie accused Madonna of doing just that — Photoshopping her head onto her body back in 2015.

The alleged proof is still present on the pop diva’s Instagram. Goldie showed the evidence to her TikTok followers.

“Madonna Photoshopped her head onto my body and it’s still on her Instagram,” Goldie claimed in the post. 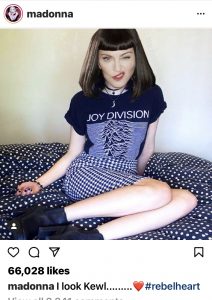 Sure enough, the post from May 1, 2015, is still visible. At the time, Madonna was promoting her album Rebel Heart. She captioned the photo, “I look kewl.”

After her initial post about it went viral, Goldie told Vice she was “in shock” when it happened.

“I told my parents and they still think it’s a joke and can’t comprehend how or why it’s happened. It’s hilarious,” she said. “I’m surprised it’s still up, honestly.”

It seems that Goldie posted the photo on Tumblr first, and her blog has since been renamed or taken down. However, she did show the original image in her TikTok. 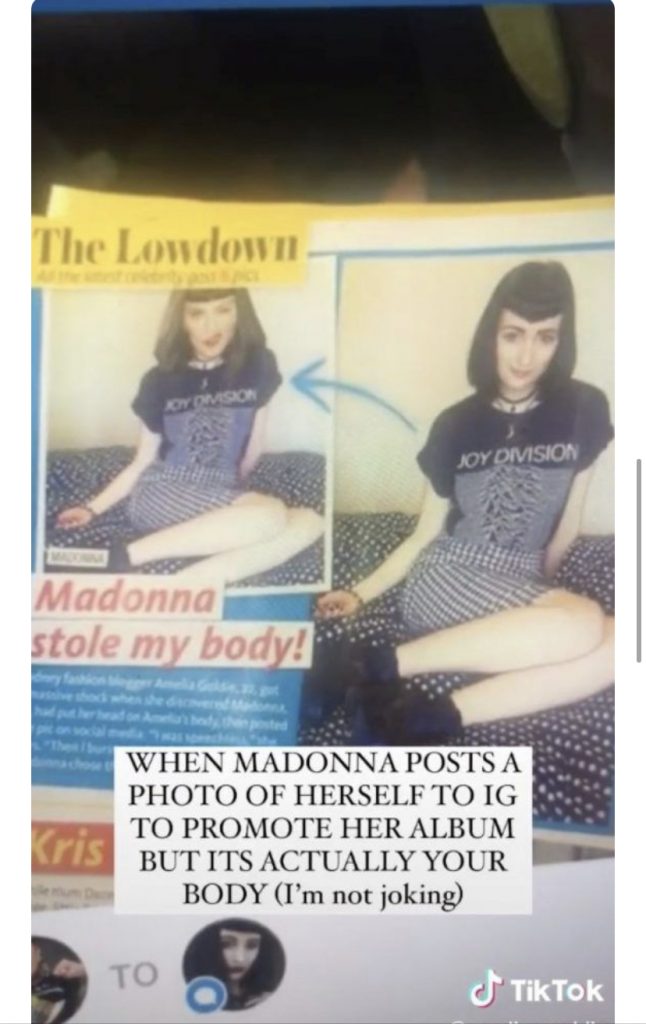 it, or why it’s still on Madonna’s page following her allegations. She reached out, but never received a response.

Since Goldie’s TikTok went viral, the comments on Madonna’s Instagram page have been overrun by curious fans.

“What a mess,” one user wrote.

“The photoshop is so obvious, her head is disproportionate and the skin tones don’t match,” another said.

“Took me forever to get down here but lmao,” a third commented.