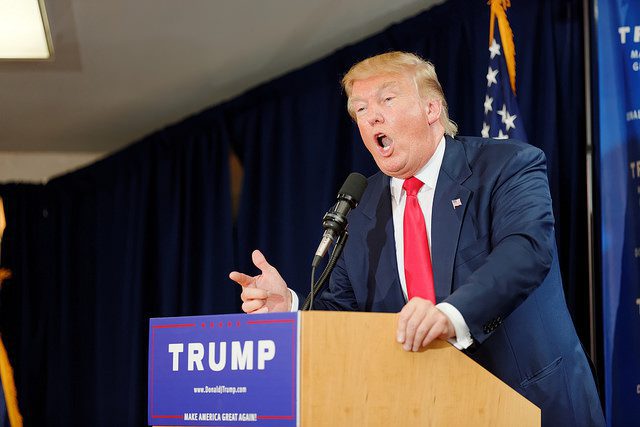 About 800,000 federal employees are impacted by the partial government shutdown, which Donald Trump has taken responsibility for.

These workers missed their paycheck on January 11, 2019, and will possibly mix their next check on Jan.25, as there does not appear to be an end to the shutdown. Federal workers are facing extreme financial stress. There are some ways that Americans can help these workers who continue to go to work every day without getting paid.

Donate To A Food Pantry

Federal Workers are now utilizing food pantries to help feed their families. The Capital Area Food Bank’s Hunger Lifeline who hands out emergency food for Washington D.C and it’s surrounding areas told the Washington Post that they had seen an increase of 10 to 20 percent of people requesting their services. That is approximately 300,000 to 600,000 additional meals they have distributed in January. These extra meals cost at least $300,000, and that is not in their budget.

Food Pantries across the country have seen an increased request for their services from furloughed workers. Food Pantries are worried that they will not be able to provide services for federal workers because they do not have the resources.

Prince George’s County Public Schools have set up a fundraiser to help children of federal workers obtain hot meals during the shutdown. The fundraiser’s goal is to raise enough money to cover 10,000 meals for breakfast and lunch. Donations are via their website.

Park Rangers are on the furloughed worker’s list. Without them, trash cans are not being emptied and are overflowing, bathrooms are not being cleaned, and people are destroying the parks.

Joshua Tree National Park located in Southern California was vandalized and the Joshua Trees which can live for 150 years were destroyed. People also made their trails for off-road vehicles.

The National Park Foundation initiated a fundraiser to help obtain money to be able to make the necessary repairs after the shut down is over, and the furloughed workers return to their jobs. This fundraiser is similar to those set up to help after natural disasters.

People can also volunteer when the shutdown is over to help clean the park. If you continue to use a park while the shutdown is happening, remember to take any trash and dispose of it outside the park.

The Rock Creek Conservancy stated they would help fix what is needed in the parks after the shutdown.

GoFundMe has set up an account to help federal workers. The fund was started by the CEO Rob Soloman with an initial donation from Deepak Chopra of $10 thousand. GoFundMe matched it. In two days from 1,000 people, the fund raised over $90 thousand.

Verizon is permitting federal workers set up payment plans on their bills.

First Oklahoma Bank is covering  Federal Workers paychecks to help them buy groceries and pay their mortgages. The bank set up this policy during the last shutdown.

Uber and Lyft are hiring furloughed workers, and are encouraging those who use the services tip the drivers.

Sky Zone is offering federal employees and their families a free 60-minute jump session Tuesday through Thursday until Jan. 31.

Call Your Senators and Representatives

Call, fax, email or send letters to your local members of Congress and tell them you want the federal workers to return to work with pay.