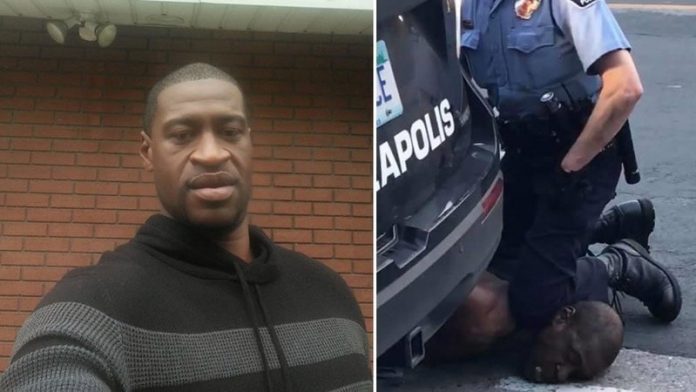 The highly anticipated George Floyd trial will be live-streamed when it begins in March. Judge Peter Cahill on December 18 said he would allow video coverage due to immense global interest in the case and limited courthouse space.

Four officers will be tried for their alleged role in Floyd’s death that sparked protests around the world.

Cahill dismissed concerns by state prosecutors, who argued last month that recording audio and visuals of the trial would violate court rules and scare away potential witnesses. Attorney General Keith Ellison’s office, which is leading the prosecution, asked that Cahill rescind his previous ruling or consider narrowing the scope of outside access.

Cahill declined to modify his original ruling, writing that although he had granted more extensive video coverage than allowed in court rules, he is permitted to modify the rules “in any case to prevent manifest injustice.”

In his ruling, Cahill said, “Without question, deprivation of the constitutional rights that are the hallmarks of a public criminal trial would be a ‘manifest injustice.’ The only real issue then is whether there is a reasonable alternative to televising the trial that would vindicate the defendants’ Sixth Amendment rights and the First Amendment rights of the public and the press. The Court concludes that televising the trial is the only reasonable and meaningful method to safeguard the Sixth and First Amendment rights implicated in these cases.”

A coalition of local and national media companies, including the Star Tribune, filed a motion opposing the prosecutors’ request, saying that live streaming is the only option to guarantee constitutional rights to a public trial. They argued that the court’s closed-circuit technology offers low-quality video and sound. Attorneys for three of the four defendants in the case — former Minneapolis police officers Derek Chauvin, J. Alexander Kueng, and Tou Thao — also filed memorandums on December 14 opposing the prosecution’s proposal. The three attorneys and Earl Gray, who represents former officer Thomas Lane, previously filed motions requesting cameras in the courtroom.

Cahill backed the media coalition’s claims that overflow courtrooms are deficient for a public trial, including bad audio and video, and “the likelihood of hundreds (if not thousands) of members of the public and press assembling at the Hennepin County Government Center every day” throughout the trial, complicating social distancing efforts. He also speculated on how many overflow courtrooms would be necessary to accommodate the public.

Floyd, a Black man in handcuffs, died May 25, 2020, after Derek Chauvin, who is white, pressed his knee against Floyd’s neck for several minutes even after Floyd said he couldn’t breathe. Chauvin faces second-degree unintentional murder and manslaughter charges. Thomas Lane, J. Alexander Kueng, and Tou Thao are charged with aiding and abetting second-degree murder and manslaughter. The four officers were fired from the force.

Minneapolis Police Chief Medaria Arradondo last June in a statement said the death of George Floyd was “murder” and that the officer who was seen pressing his knee into Floyd’s neck “knew what he was doing” because he had taken specific training on preventing “positional asphyxiation,” or suffocation.

“Mr. George Floyd’s tragic death was not due to a lack of training — the training was there. Chauvin knew what he was doing,” Arradondo said.