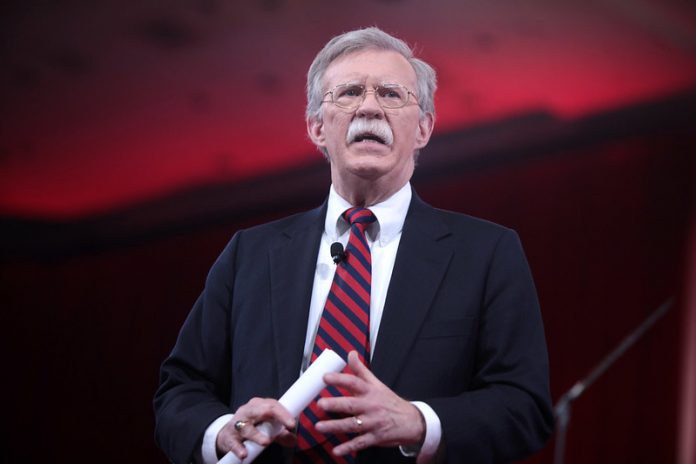 A federal grand jury is investigating potential disclosures of classified information in the book former national security adviser John Bolton published in June over strong objections from the Trump administration, a source familiar with the situation said Tuesday, September 15, 2020.

The development signals that Bolton may face much more severe legal trouble than just the pending lawsuit that seeks to strip him of the proceeds from “The Room Where It Happened,” the tell-all account that generated a slew of brutal press for President Donald Trump.

The judge assigned to that suit rejected the Justice Department’s bid to block publication of the book but said Bolton appeared to have deliberately violated nondisclosure agreements he signed and could face criminal jeopardy.

Spokespeople for the Justice Department, Bolton, and his publisher, Simon & Schuster, declined to comment on the development. A lawyer for Bolton, Chuck Cooper, did not immediately respond to a message seeking comment.

In his ruling denying an injunction against the book, U.S. District Court Judge Royce Lamberth opined that such a move would be ineffective because advance copies had already been distributed to and reported on by media outlets. But the appointee of President Ronald Reagan excoriated Bolton for his book.

“Defendant Bolton has gambled with the national security of the United States. He has exposed his country to harm and himself to civil (and potentially criminal) liability,” Lamberth wrote in his 10-page order.

Trump jumped on the ruling, issuing Twitter messages amplifying the judge’s claim that Bolton may have run afoul of criminal statutes against unauthorized disclosure of classified national security secrets.

“Bolton broke the law and has been called out and rebuked for so doing, with a really big price to pay. He likes dropping bombs on people and killing them. Now he will have bombs dropped on him!” the president wrote at the time.

Bolton’s lawyers argued in the civil lawsuit that he had gotten clearance from the top National Security Council official responsible for classification reviews, but that the final signoff was inexplicably delayed, prompting him to clear the manuscript for release.

The White House later informed Bolton that a more senior official concluded that the book contained highly classified information. Bolton claims that at that point the printing process was already underway and he had no further control over the timing.

Officials presented their evidence of classified information in the book to Lamberth at a closed-door hearing. But Trump seems to have undermined some of the secrecy claims with sweeping suggestions that all his conversations with top aides are classified.

“Conversations with me, they’re highly classified,” Trump told reporters at a photo op in June with Attorney General William Barr. “I told that to the attorney general before. I will consider every conversation with me, as president, highly classified.”