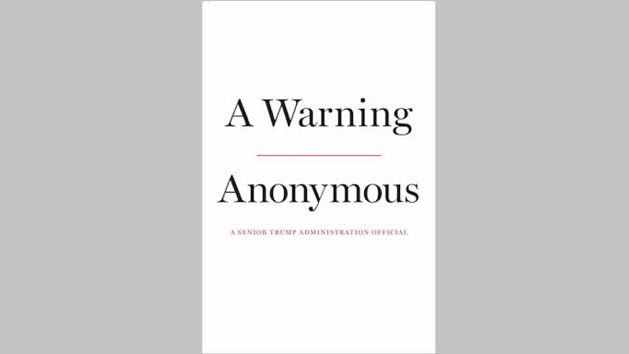 Sources tell Axios that the “senior Trump administration official” who remained anonymous and will be releasing a tell-all book, “A Warning,” on November 19, 2019, was a frequent participant in meetings with Trump and plans to recount specific conversations in the book.

Axios reports that the back cover states, “In these pages, you will not just hear from me. You will hear a great deal from Donald Trump directly, for there is no better witness to his character than his own words and no better evidence of the danger he poses than his own misconduct.”

Anonymous also writes on the book jacket that they hope “others will remedy the error of silence and speak out.”

The book, which hit #1 on Amazon within 24 hours of its announcement, has agreed to at least one interview with a journalist to coincide with publication, 25 days from now.

No topic will be off-limits in the interview, including a direct, firsthand account of what the author calls presidential misconduct.

The author will explain the decision to remain unknown.

It has not been disclosed if the author continued to work within the government.

The literary agents for the book, Javelin’s Keith Urbahn, and Matt Latimer say that anonymous did not take an advance.