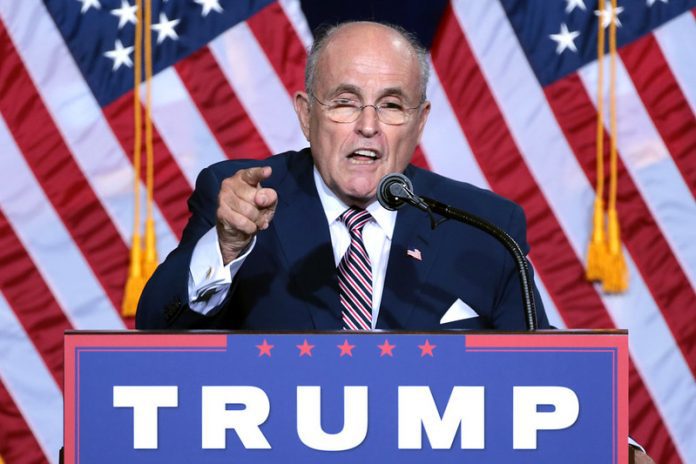 Rudy Giuliani, an attorney for President Donald Trump, on Sunday, July 12, 2020, attempted to connect liberal billionaire George Soros to a prosecutor’s effort to subpoena the president’s financial records. The president’s lawyer also claimed that “all” of Trump’s tax audits had been “settled.”

During an interview on Fox News, Giuliani said that a Supreme Court case that found that the president does not have “absolute immunity” against prosecution was “terribly decided.”

“They have no reason to believe that there is anything wrong with his tax returns,” the president’s lawyer insisted. “All of them have been audited and all of them have either been passed on or settled.”

Trump has said that he would release his tax returns when they are no longer under audit, although the president has never provided proof that the IRS is auditing his financials.

“There should be some finality in tax returns,” Giuliani continued. “In other words, we get audited, we make a deal, we pay the government — you don’t come after me forever for that. And also, this is the president of the United States.”

Giuliani warned that up to 4,000 prosecutors can now “come after” Trump’s financial records.

“Look at the DAs we have now,” he continued. “We have Soros-elected anarchist DAs. They’re not there to prosecute the law. They’re there to undermine the law. He put them there.”

“I mean, why would Soros pay for DAs other than to undermine our government?” Giuliani asked.

“For five years, Soros has been funding these and nobody paid attention to it,” Giuliani added. “But he had a reason. It’s to undermine our government.”