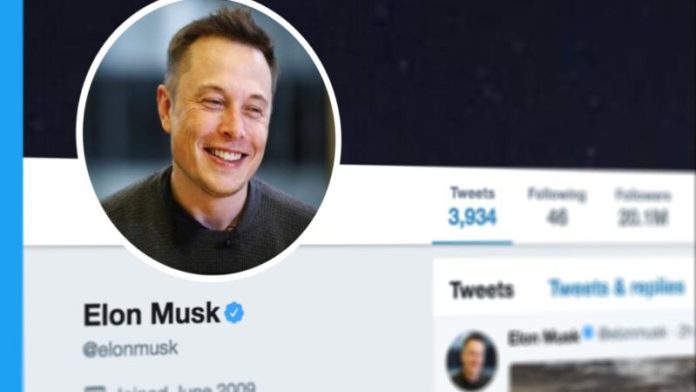 One of corporate America’s most notable loudmouths has acquired the largest stake in the home of online loudmouths: Twitter, the microblogging platform. Of course, the person in question is multi-billionaire Elon Musk, the wealthiest person on Earth, worth a staggering $288 billion. The day after his news-making investment, Twitter announced that Musk would also be joining its board of directors.

Now, questions remain about what his role will actually look like.

Here’s more about what his stake in Twitter could mean, and what his position on the board would have the ability to potentially do.

What is a passive investor?

The initial news that Musk had acquired 9.2% of the company’s stock indicated he would be a passive investor. That means he would not be taking an active role in the running of the company. It also means he would be like any other Twitter stock-holder who hoped to see gains in the value of the shares. That “passive” category covers most investors in most Wall Street stocks.

But soon after his stock purchase was revealed, it also emerged that Musk would take a seat on the board of directors, making him an active investor. There was one proviso. He can’t increase his holdings of Twitter stock above 14.9% until his term as a director ends in 2024, Zino says. “Any type of all-out buyout is off the table for now,” he says. All-out buyouts could involve Musk purchasing all the shares outstanding or buying a majority of the shares. Either way, he’d be in control of the company. That would still likely involve the company maintaining a board of directors, experts say.

The “for now” part of the possible takeover story is key because Musk surely has the funds to purchase the entire enterprise when the restrictions are over. Zino doesn’t rule out a complete take over eventually.

What Musk can do in his new role

Musk’s position on the board of directors will let him—along with the other 11 directors, including co-founder Jack Dorsey and CEO Parag Agrawal—steer the company’s business strategy and make decisions on financial matters. The board’s role also involves making decisions on what to pay the CEO and whether to renew executive employment contracts.

In short, being a director “allows [Musk] to pick up the phone and speak with the management team,” Zino says. “There’s not a management team that won’t take that call.”

While Musk has stated he wants to start a new and better social media platform, it will be far more efficient for him to adjust an existing one rather than start from scratch. Experts say that while he may be limited by the rest of the board, he’s likely to skirt close to the edge of that boundary. “He has an incredible power to push things around,” says David Morrison, senior market analyst at online trading platform Trade Nation in London. “He would like to change it to be better for him. Whether that is what everyone else thinks is a different matter.”

Musk already suggested the addition of an edit button to the microblog. That would put the site in line with Facebook’s practice.

Musk is known for pushing boundaries. In 2018, he declared on his Twitter feed that he’d take Tesla, private, at a high stock price and had the funding ready to do so. But that didn’t happen. As a result the Securities and Exchange Commission (SEC), which regulates the stock market, sued Musk. Eventually, Musk agreed that future tweets would need to be prewritten by company lawyers, but argued that the regulator was restricting his free speech.

Twitter has also been criticized for its inconsistent muting of certain speech on the platform. That perceived muzzling of varying views may be something Musk decides to change, given his apparent love of unfettered communication.

Musk also seems to like being a minor rascal, Morrison says. “He’s been a loudmouth in the past, but more recently, it’s more mischief,” Morrison says. That naughty behavior has often revolved around what corporate communication can occur on Twitter or similar platforms. The SEC has said it is ok to release financial data or other news that could move a stock price on social media, but the company must announce ahead of time which platforms it will use to do so. Still, Musk seems to push the envelope when it comes to SEC regulations. “He and the SEC are having these running battles.”

In the recent instance, Musk organized a poll on Twitter soon after he’d already purchased his 9.2% stake in the company. SEC regulations say he should have revealed the purchase at an earlier date. The idea behind the SEC disclosure mandate is to alert investors with full information about who is buying a significant stake in a company and when they were doing it. Such information helps other investors make informed decisions about whether to buy or sell stock.

For the infraction, Musk could face a $100,000 fine, according to CNBC. That’s not much to pay for some mischief if you are Musk.

Musk has already had a big impact on Twitter. Historically, the Twitter stock has been a massive disappointment for investors, lagging behind both the market and its direct competitor Meta, owner of Facebook. “It has been this highly underperforming asset essentially since it became public,” says Angelo Zino, technology analyst at CFRA. “They’ve had an extremely difficult time in terms of monetizing the platform – essentially, they can’t find enough advertising money.” The platform gets approximately nine-tenths of its total revenue from selling advertising.

The company’s market performance reflects the lackluster state of the underlying business. From when Twitter stock debuted on the stock market until earlier this week it lost more than 7%. That compares to gains of over 370% for Meta and 260% for the tech-heavy Nasdaq index over the same period, according to data from Yahoo.

But when news broke Monday that Musk bought 9.2% of the outstanding Twitter shares, the price of the stock rallied in its best daily gain since 2013. The move inspired some investor optimism that Musk’s stake might invigorate the ailing company. Further news that Musk had taken a seat on the company’s board helped reinforce the sunnier outlook. His stock sway is likely to give him even more power with the company’s executives.