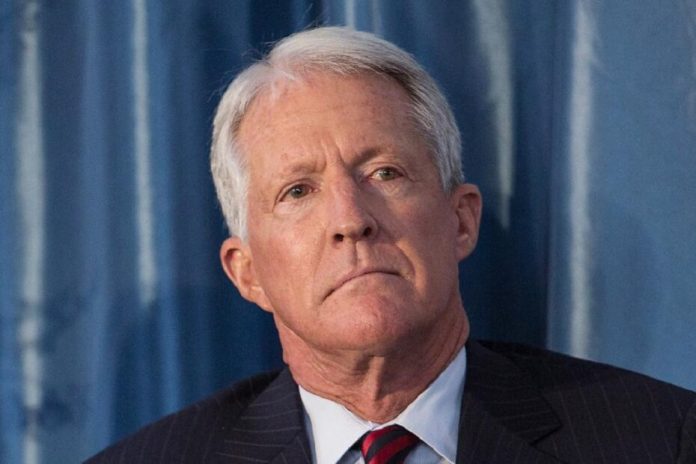 A Donald Trump supporter who donated $2.5m to help expose and prosecute claims of fraud in the presidential election wants his money back after what he says are “disappointing results”.

Fredric Eshelman, a businessman from North Carolina, said he gave the money to True the Vote, a pro-Trump “election ethics” group in Texas that promised to file lawsuits in seven swing states as part of its push to “investigate, litigate, and expose suspected illegal balloting and fraud in the 2020 general election”.

But according to a lawsuit, Eshelman filed this week in Houston, first reported by Bloomberg, True the Vote dropped its legal actions and discontinued its Validate the Vote 2020 campaign, then refused to return his calls when he demanded an explanation.

The founder of Eshelman Ventures LLC, a venture capital company, said he asked “regularly and repeatedly” for updates, the lawsuit asserts, but that his “requests were consistently met with vague responses, platitudes, and empty promises”.

The lack of success of True the Vote’s efforts to challenge the outcome appears to mirror that of the president himself, whose team has lost 38 court actions since the 3 November election, most recently in Pennsylvania where a federal appeals court panel blasted Trump’s legal team for filing a case with no merit.

True the Vote did not immediately return an email from the Guardian seeking comment. True the Vote did not respond to Bloomberg’s request for comment, but posted a statement on its website, attributed to the group’s founder and president, Catherine Engelbrecht, seeking to blame outside forces for the failure of its efforts.

“While we stand by the voters’ testimony that was brought forth, barriers to advancing our arguments, coupled with constraints on time, made it necessary for us to pursue a different path,” the group said, announcing that it had withdrawn legal filings in Georgia, Michigan, Pennsylvania, and Wisconsin. All four states were won by Joe Biden, the Democratic president-elect.

“Our mission is much bigger than just one election. It is about repairing the system for all future elections,” it continued.

Like the Trump campaign’s own legal filings, which have been based on scant evidence, however, the True the Vote statement did not detail any of the proof it claimed it had to support the allegations of election fraud.

Eshelman, the former chief executive of a pharmaceutical company, claims in his lawsuit that the nonprofit offered to refund him $1m if he would drop his plan to sue the group. He is seeking the return of the full $2.5m that he says he wired on Engelbrecht’s instructions in chunks of $2m and $500,000 on November 5 and 13.

Donald Trump Mocks Liz Cheney As A ‘Bitter, Horrible Human Being’ After She Is Ousted From Her Position

Coronavirus Barbara Sobel - July 28, 2021
0
Tensions between the party leaders in the House rose to a boil on Wednesday when Speaker Nancy Pelosi (D-Calif.) called her Republican counterpart, House...

Coronavirus Barbara Sobel - July 28, 2021
0
CNN reports A third dose of the Pfizer/BioNTech COVID-19 vaccine can "strongly" boost protection against the Delta variant -- beyond the protection afforded by...