Almost a year after multiple grand jury indictments, the case against three police officers and two paramedics facing felony charges related to Elijah McClain’s 2019 death was pushed back to Aug. 12 for a procedural hearing in an Adams County District Court.

The date was set during an anticlimactic hearing Friday afternoon that took place mostly in closed session.

Explaining her decision to set the date for a “probable cause” hearing four months out, Loew mentioned “the volume of materials” — thousands of pages of grand jury transcripts and documents provided by the attorney general’s office.

“I am getting through them … but for the record, the court still has a full docket,” Loew said. “I’d rather have a little more time to make sure that I’m done.”

The probable cause hearing will determine if there’s enough evidence for the case to move forward, which requires Loew to review all of the grand jury transcripts and exhibits before she can make a decision.

Unlike in other criminal cases, requests for preliminary hearings cannot be made in a case with an indictment. However, each defendant is entitled to ask the judge to review the grand jury’s findings for probable cause.

“State law…allows a court to review a grand jury indictment for probable cause,” Colorado Judicial Department spokesperson Jon Sarché said in an email. “Each of the defendants has asked for a probable cause review.”

The closed-door portions of the hearing were related to conflict of interest issues involving counsel Loew was discussing with the defendants.

In August 2019, McClain was detained and placed in a chokehold during an encounter initiated by APD officers Randy Roedema, Jason Rosenblatt, and Nathan Woodyard. 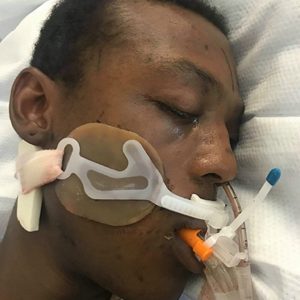 McClain went into cardiac arrest and died soon after.

McClain’s mother, Sheneen McClain, was present in court Friday in person for the hearing.

His death prompted ongoing protests to bring charges against the officers and reform the police department, demands that gained national attention in 2020 following the death of George Floyd and played a critical role in the state and federal investigations of the department announced in August 2020, one of which found that the department had engaged in a pattern and practice of discrimination and excessive use of force against people of color.

Woodyard and Roedema are still employed by the department. Rosenblatt was fired after responding to a text message of a photo of several other officers reenacting the chokehold used in McClain’s death.

In 2021, a state grand jury indicted the five first responders for felony manslaughter and criminally-negligent homicide, in addition to lesser crimes. All five are free on bond. 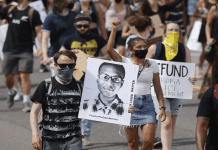 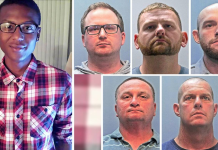 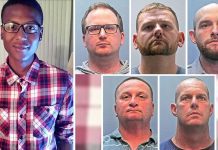