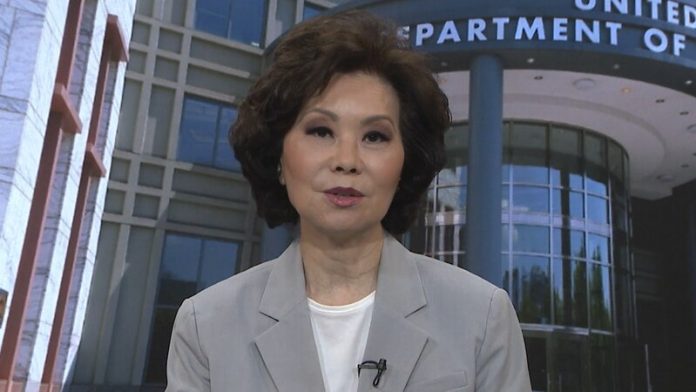 Transportation Secretary Elaine Chao will resign from her post, making her the first Trump administration Cabinet member to leave after the president incited a mob that attacked the U.S. Capitol on Wednesday, January 6, 2021, according to Washington Post.

Chao is the wife of Senate Majority Leader Mitch McConnell (R-Ky.) and has served in the Cabinet all four years of the Trump presidency.

She told others of her decision early Thursday afternoon, according to two individuals familiar with her plans who spoke on the condition of anonymity to disclose the matter. 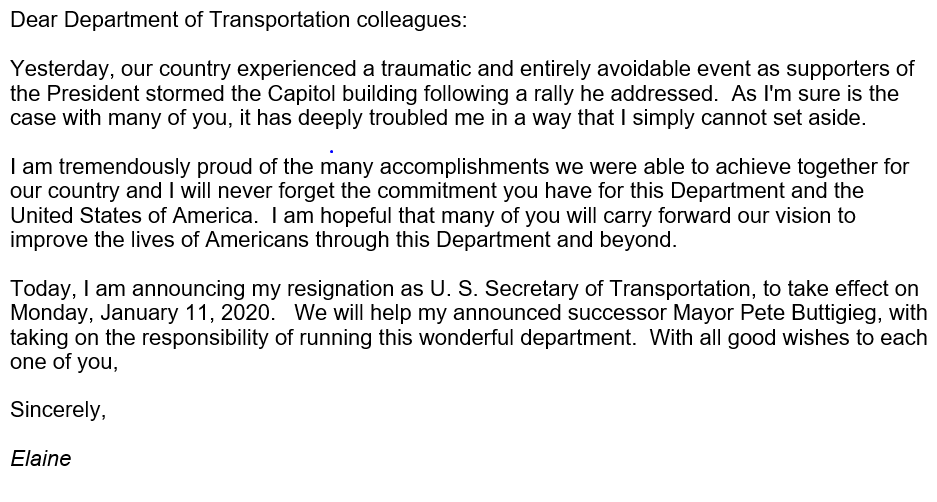