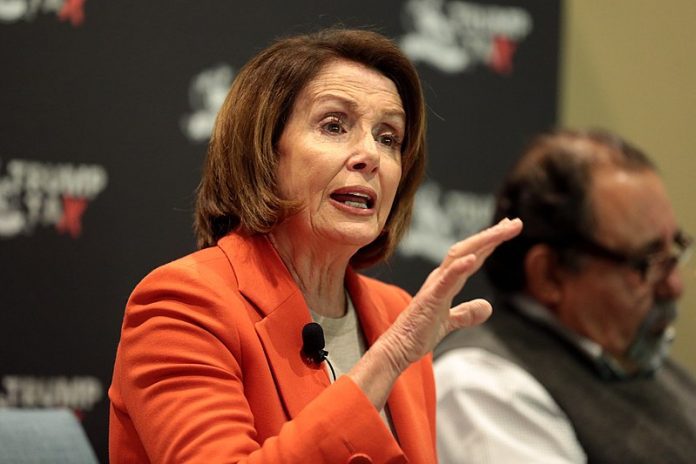 Pelosi said Vice President Mike Pence should invoke the 25th Amendment to remove Trump immediately. Short of that, she said, the House will impeach him for a second time.

“Yesterday the president of the United States incited an armed insurrection against America,” Pelosi told reporters in the Capitol. “The gleeful desecration of the U.S. Capitol, which is the temple of our American democracy, and the violence targeting Congress are horrors that will forever stain our nation’s history — instigated by the president.”

Pelosi characterized Trump’s role in his supporters’ storming of the Capitol as “a seditious act” and called on Pence and other members of the president’s cabinet to join forces to remove Trump from office, despite his short time left in office.

“This is an urgency of the highest magnitude,” Pelosi said.

“While there are only 13 days left, any day can be a horror show for America,” she added.

In the wake of Wednesday’s extraordinary events, Pelosi called on the resignation of the chief of the Capitol Police, Steven Sund. And she announced that the House Sergeant-at-Arms, Paul Irving, has already delivered his intention to resig

Invoking the 25th Amendment would require Vice President Mike Pence and a majority of the Cabinet to vote to remove President Trump from office due to his inability to “discharge the powers and duties of his office” — an unprecedented step.

Any 25th Amendment push faces an unprecedented steep hill to come to fruition with little time left before Joe Biden’s inauguration on Jan. 20. The calls in Congress, however, underscore the extent to which lawmakers are reeling and furious with the President in the wake of the devastation at the Capitol on Wednesday.