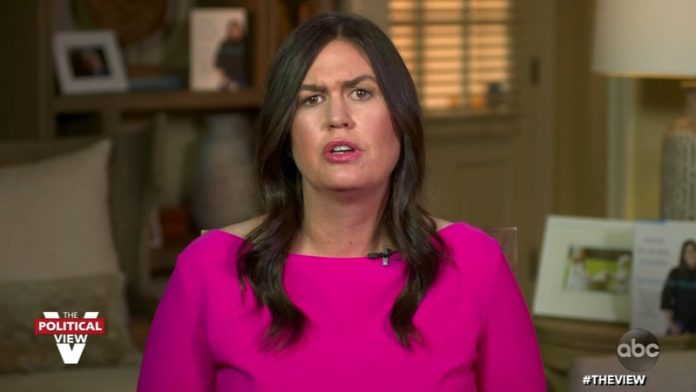 Former White House Press Secretary Sarah Huckabee Sanders will announce Monday that she will run for governor of Arkansas in what will amount to one of the first tests of the battle for the future of the Republican Party.

The Washington Post first reported Sanders’s plans. A top Republican who will attend her announcement on Monday confirmed her plans to The Hill.

Sanders, the daughter of former Arkansas Gov. Mike Huckabee (R), served almost two years as former President Trump’s press secretary. Her combative relationship with the media echoed the president she served, delighting conservative fans and irritating the reporters with whom she sparred.

Sanders will join a competitive Republican primary race to replace Gov. Asa Hutchinson (R), who faces term limits after eight years in office. She will challenge Lt. Gov. Tim Griffin (R) and Attorney General Leslie Rutledge (R), both of whom have already said they will run.

Sanders is likely to try to corner the Trump base in an increasingly conservative state. Griffin, a former member of Congress before he returned home, is a more typically establishment Republican; before running for office, he worked in President George W. Bush’s White House, where he was a protege of Bush strategist Karl Rove.

The winner of the Republican primary is likely to be the heavy favorite in the 2022 general election. Though Arkansas has a long history of electing Democratic governors — Hutchinson and Mike Huckabee are the only two Republicans to serve for eight years in state history — the state has become increasingly red in recent years.