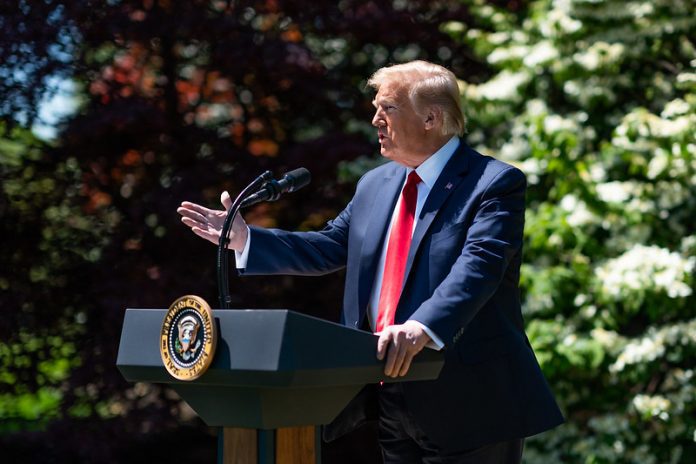 CNN’s Jake Tapper did a special walking through the timeline of the COVID-19 crisis and the denial from President Donald Trump leading up to the middle of March.

While the virus was spreading across the world, President Donald Trump believed that all of the warnings from his government were just more from the “deep state” trying to conspire against him and his presidency.

“His focus, much of it, was on the U.S. Senate,” said Tapper of Trump in January.

“In his view, it was the so-called deep state, people in government who were hell-bent on bringing him down,” said Mark Mazzetti, New York Times investigative reporter. “So, by the time the coronavirus pandemic really started to worsen in the United States and scientists and experts were telling him of the problem, he saw some of these people as just an extension of the deep state, and so that led to I think, some of the skepticism that he had towards the advice he was being given.”

Trump issued his China ban, but according to the report, public health experts said that Trump assumed it would take care of everything. He then took his foot off the gas for weeks, ignoring the virus and having political rallies throughout the country instead of focusing on the crisis.

Political correspondent Sara Murray explained that public health experts “really look with despair at those couple of weeks because they say whatever your feelings were on the travel ban at the time, it was a perfectly fine and reasonable step to take, and he bought himself a little bit of time, and then he just squandered it.”

While the FDA acted quickly to issue test kits, they quickly found that the tests weren’t working. Precious time was wasted because the FDA blocked anyone else from creating a test.

“There was a test available from the world health organization, but the CDC did not choose to get it, and nobody inside the government asked outside labs to help,” said Tapper.

Dr. Sanjay Gupta said that it was clear in early February that there was human to human contact.

Warning stacked up health experts, but they all went ignored. When one Trump official crafted a memo about the crisis, the president became enraged that someone put something down on paper about the virus. In the notorious “Red Dawn” email chain on Feb. 9, the government health experts were calling for social distancing. It was five weeks later that Trump would finally agree to it. But on that same day, Trump’s team was giving a briefing to governors where they were saying it was a serious problem.

“They gave us a pretty detailed outline of what they felt was happening with this virus,” said Maryland Gov. Larry Hogan (R). “We knew this was going to be a serious crisis.”

In early February, Trump was telling everyone that the virus was going to be down to zero cases in the United States, but behind the scenes, his experts were preparing for cases to go from 15 to millions.