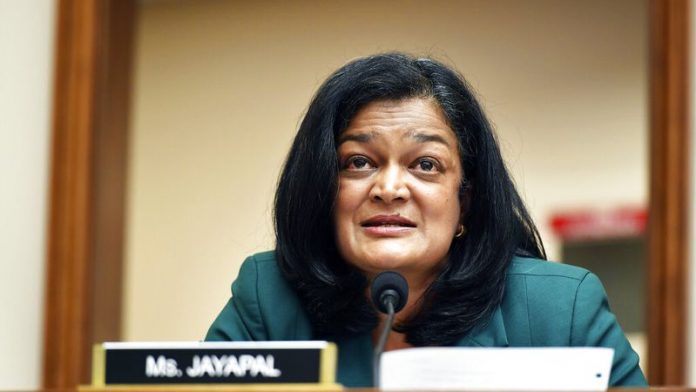 United States Representative Pramila Jayapal (WA-07) received a positive COVID-19 test result tonight after being locked down in a secured room at the U.S Capitol where numerous Republican lawmakers recklessly refused to wear masks in the moments after the January 6 attack. Dr. Brian Monahan, the Attending Physician of the United States Congress, advised representatives and Congressional staff on Sunday that those in the secured room could have, “been exposed to another occupant with coronavirus infection.” The duration in the room was multiple hours and several Republicans not only cruelly refused to wear a mask but mocked colleagues and staff who offered them one.

“Too many Republicans have refused to take this pandemic and virus seriously, and in doing so, they endanger everyone around them. Only hours after President Trump incited a deadly assault on our Capitol, our country, and our democracy, many Republicans still refused to take the bare minimum COVID-19 precaution and simply wear a damn mask in a crowded room during a pandemic — creating a superspreader event on top of a domestic terrorist attack,” said Congresswoman Jayapal. “While I am isolating per the Capitol Physician’s instructions, I will continue to work to the best of my ability because the deep urgency of our many crises is paramount. I share the outrage and anger of my constituents and those across this country who have watched Donald Trump fail to combat this raging pandemic and refuse to take care of Americans who are suffering, dying, and devastated. Now, we have also watched him openly fuel and incite these insurrectionists who attacked the Capitol and our democracy on January 6—so I will not rest until I do everything in my power to remove this President from office.”

Jayapal began quarantining immediately after the attack on the U.S. Capitol, fearing and foreseeing exactly what would occur given the number of maskless lawmakers sitting in the same room as her and her colleagues. In an interview with The Cut on Thursday, she said, “I’m quarantining now because I am convinced that where we ended up, in the secured room — where there were over 100 people and many were Republicans not wearing masks — was a superspreader event.”