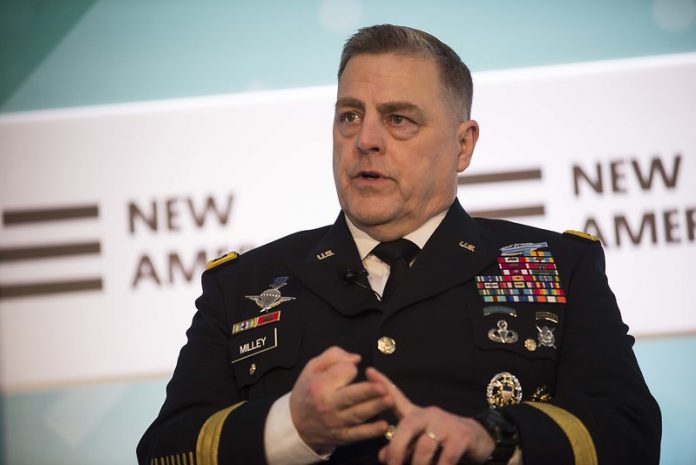 President Donald Trump has been lashing out for weeks at various targets to blame for his own horrific mismanagement of the coronavirus crisis, which has placed the United States in first place for the number of COVID-19 cases, and deaths.

In an astonishing about-face, Trump has been attacking China, after not only praising President Xi but defending the Chinese leader. Now, Trump is insisting China should be targeted. This week he announced he will stop U.S. payments to the World Health Organization for being too “China-centric” – a move that could lead to more coronavirus infections around the world.

Fox News was quick to respond to the President’s latest target. Wednesday night the conservative cable network claimed: “COVID-19 originated in a Wuhan laboratory.” (COVID-19 is the disease caused by the coronavirus, a factual error by Fox News.)

Experts, from the Pentagon to virologists, disagree.

“This is a product of nature. It’s not a virus that has arisen in a laboratory by any scientist, purposely manipulating something that has then been released to the public,” Dr. Robert F. Garry, professor of microbiology and immunology at Tulane University School of Medicine told NPR.

The Dept. of Defense supports that scientific analysis.

Joint Chiefs of Staff Chairman, General Mark Milley, says the “weight of evidence” indicates the new novel coronavirus’s origin is “natural,” although he freely acknowledges that is not a definitive conclusion.

“At this point, it’s inconclusive, although the weight of evidence seems to indicate natural, but we do not know for sure,” Milley said, according to Defense One.

He then points a finger at “speculation” from the right-wing blogosphere.

“There’s a lot of rumor and speculation in a wide variety of media, blog sites, etc.,” Milley added. “It should be no surprise to you that we have taken a keen interest in that, and we have had a lot of intelligence take a hard look at that.”

Meanwhile, The Guardian reports scientists believe transmission came from bats to humans via an “intermediary” animal.

“Most scientists say that this coronavirus probably originated in bats but found its way to humans through an intermediary animal.”

“There is no conclusive evidence that this happened at Wuhan’s notorious ‘wet’ markets where wild animals were sold for meat. Analysis of the first 41 COVID-19 patients in medical journal the Lancet found that 27 of them had direct exposure to the Wuhan market. But the same analysis found that the first known case did not.”

Fox News skips the messy scientific analysis, relying on unnamed “multiple sources” who “believe the initial transmission of the virus was bat-to-human, and that ‘patient zero’ worked at the laboratory, then went into the population in Wuhan.”

Those sources, Fox News claims, say the novel coronavirus “originated in a Wuhan laboratory not as a bioweapon, but as part of China’s effort to demonstrate that its efforts to identify and combat viruses are equal to or greater than the capabilities of the United States.”