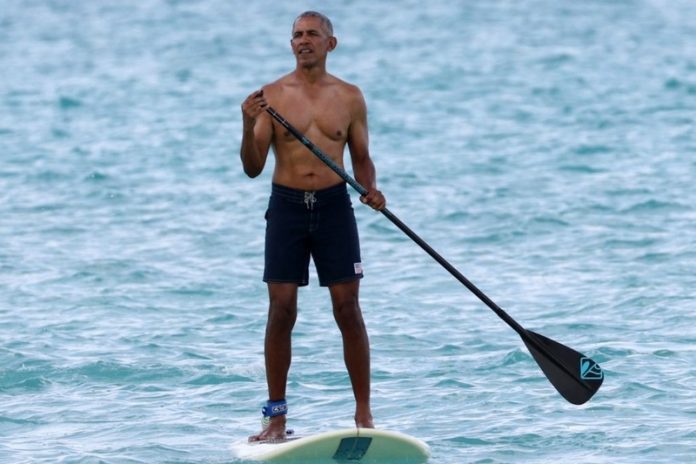 Barack Obama, 58, was spotted paddleboarding on Thursday as he continued his vacation in his home state. As he balanced on the water, Obama wore a pair of dark-colored swim trunks. 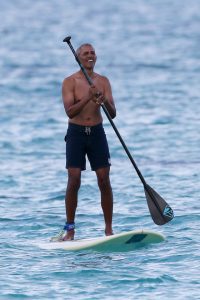 Later on Thursday, Obama and his wife Michelle enjoyed a night out at local restaurant Ya-Ya’s Chophouse and Seafood.

“Our chophouse just got a whole lot more presidential,” the restaurant wrote on Instagram Friday alongside a smiling group photo. “Last night, we were incredibly honored to welcome @barackobama and his family into our restaurant where he dined on Chef Bo’s famous dishes! Mr. President, you will ALWAYS have a seat at our table. #ComeBackSoon”

Guests at the dinner also included Obama’s sister Maya Soetoro-Ng and her family but did not include the former president’s daughters Malia and Sasha, who are no longer in Hawaii, Hawaii News Now reported. 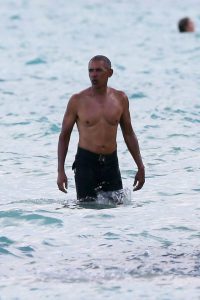 The Obamas have been staying in Oahu since Dec. 16. Their daughters Sasha and Malia visited for Christmas, but have since returned to the U.S. mainland, Hawaii News Now reported.

Obama has also been spotted golfing on the island.

The former president posted Christmas and New Year’s messages on Twitter but has not forayed into politics recently.