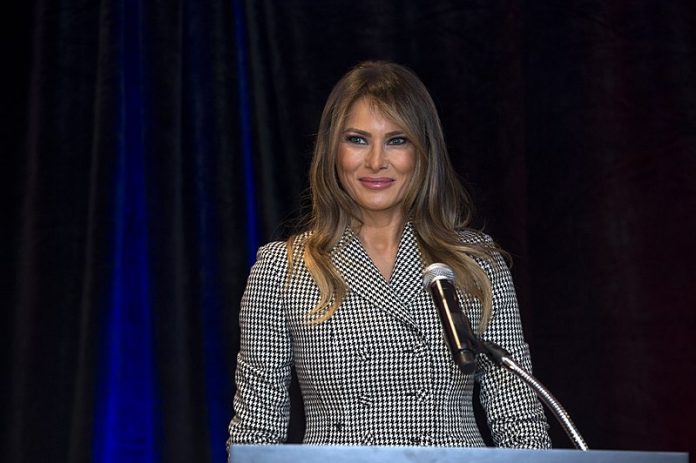 Melania Trump will be exiting the White House with the lowest favorability rating of her tenure as the first lady, according to a new CNN poll.

At 47%, more people have an unfavorable view of the first lady now than at any point since CNN first asked about views of her in February 2016. The poll, conducted by SSRS for CNN, puts Trump’s favorable rating at 42%, with 12% of those asked answering they are unsure of their feelings about the first lady.

Trump’s highest favorable rating was in May 2018 at 57% according to a CNN poll taken at the time, which came on the heels of the first state dinner and Trump’s attendance at the Texas funeral of the late first lady Barbara Bush. Trump went to the funeral without President Donald Trump.

However, by December of that year, public opinion of Melania Trump had fallen by double-digits following her solo trip to Africa. At that time, her favorability was at 43% and her unfavorable at 36%, according to a CNN poll conducted at the time.

Public opinion of Trump as she leaves is dramatically below that of her most recent predecessors. According to a CNN/ORC poll in January 2017,

Michelle Obama departed the White House with a 69% favorable rating, which was the same number as when she entered, eight years prior.

Laura Bush’s parting ranking was also largely positive, despite her husband’s unpopularity at the time. In 2009, a CNN/ORC poll put Bush at a 67% favorable rating, while George W. Bush was only viewed positively by 35%. Hillary Clinton will also beat Trump as a better liked first lady.

In a November 2000 CNN/USA Today/Gallup poll, just prior to Clinton’s exit, her favorable number stood at 56%, fourteen percentage points higher than Trump.