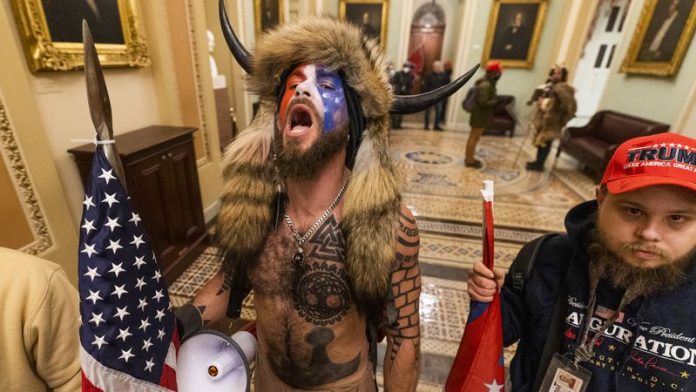 According to the Daily News, some of the unhinged pro-Trump rioters who stormed the U.S. Capitol on Wednesday defecated inside the historic building and “tracked” their feces in several hallways.

A source close to Sen. Chuck Schumer said staffers to the New York Democrat found out about the fecal fiasco on Thursday.

The vile attackers, whose violent invasion of the Capitol left five people dead, apparently went No. 2 in a bathroom and then smeared their extremist excrement around the building, leaving behind brownish “foot-prints,” the source said.

“It looked like they tracked it around,” said the person.

Egged on by President Trump, the throngs of far-right rioters smashed windows, fought police officers and vandalized offices of lawmakers.

Trump, seemingly oblivious to the stain his presidency is leaving on U.S. history, cheered on the insurrectionists in a since-removed Twitter video. “We love you,” he told them.

Schumer and dozens of other Democrats on Capitol Hill are calling for Trump to be impeached or removed via the 25th Amendment in light of his incitement of the riot.

The source said poop in Capitol hallways is the least of Schumer’s problems at the moment.

“Schumer is dealing with proverbial s–t — not this kind,” the source said.