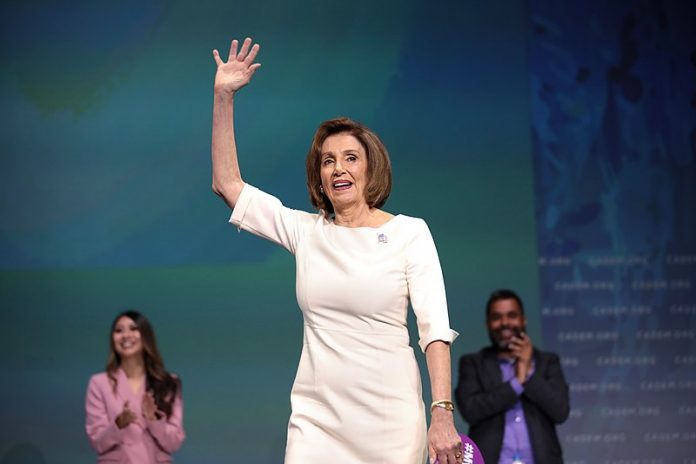 The House on Sunday will vote to name its Speaker, an event that almost certainly will end with another term for Rep. Nancy Pelosi (D-Calif.) but that could provide a bit of drama for the start of the 117th Congress.

The rare Sunday vote, to begin at 2:30 p.m. EST, will extend Pelosi’s historic reign; she is the first female Speaker twice over and has led the Democrats for nearly two decades.

But she can afford few defections on Sunday from within her restive caucus, and several Democrats have either vowed to oppose her or declined to reveal how they intend to vote.

Following the Democrats’ mauling at the polls in November, they hold a razor-thin majority over the Republicans — 222 seats to 211 — heading into the new Congress, creating a tricky math problem for Pelosi, who needs the support of at least half of the lawmakers voting Sunday on the chamber floor.

Complicating the equation for the 80-year-old Pelosi has been the coronavirus pandemic, which has sickened at least two of her supporters — Reps. Rick Larsen (D-Wash.) and Gwen Moore (D-Wis.) — in the final days of December.

Larsen is expected to vote on Sunday, while it’s less clear if Moore, who tested positive more recently, will participate.

Pelosi is running unopposed, however, and enjoys overwhelming support from her caucus, despite internal divisions and a difficult election cycle that saw Republicans pick up at least 13 seats.

In a letter to her caucus Sunday morning, Pelosi was confident that she has the Speaker vote wrapped up.

“I am confident that the Speaker’s election today will show a united Democratic Caucus ready to meet the challenges ahead, and that we are prepared to set our country on a new course, starting with the Electoral College meeting on Wednesday,” she wrote.