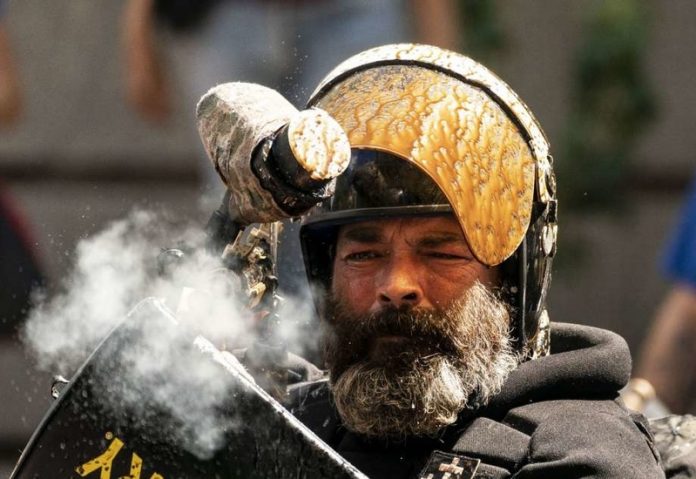 Alan Swinney was charged with multiple counts of assault, along with pointing a firearm at another, unlawful use of a weapon, and unlawful use of tear gas and remains held at the Multnomah County Jail, reported Oregon Public Broadcasting.

The 50-year-old Swinney was photographed and recorded on video Aug. 22 pointing a revolver at anti-fascist protesters outside the Multnomah County Justice Center.

Other right-wing demonstrators assaulted protesters with paintball guns and baseball bats, although police have said staffing shortages kept them from intervening in the violent clash.

The 6-foot-5, 260-pound Swinney has claimed that police cleared him of wrongdoing in the violent brawls after the Proud Boys, Patriot Prayer and other right-wing groups rolled into downtown in pickups to break up demonstrations against police brutality.

He was booked into jail hours after the president excited Proud Boy members by refusing to denounce them during his debate with Joe Biden.