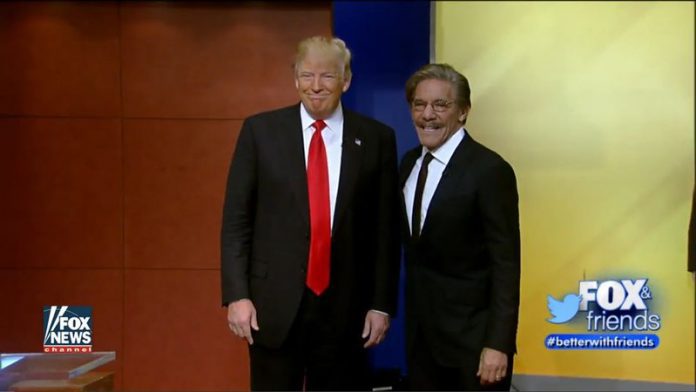 The Fox News personality, Geraldo Rivera urged Republicans on February 3, 2021, to lay off Rep. Liz Cheney (R-Wyo.) because he insists she was right to vote for President Trump’s impeachment.

“Drive to oust (Cheney) makes no sense. She spoke her conscience,” Rivera tweeted. 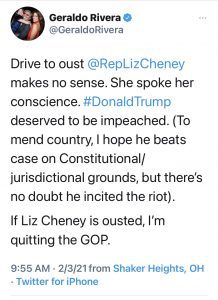 Rivera, a longtime Trump supporter, says he’ll quit the Republican Party if Cheney is removed from her position as No. 3 GOP leader in the House of Representatives over her impeachment vote.

Rivera came out in favor of impeachment last month shortly after a mob of thousands of Trump supporters stormed the Capitol in hopes of blocking Congress from certifying President Biden’s election win.

Despite that stand, Rivera says Senate should not vote to convict Trump because he believes it would be unconstitutional to take such an action against a former president.

“To mend country, I hope he beats case …. but there’s no doubt he incited the riot,” Rivera tweeted.