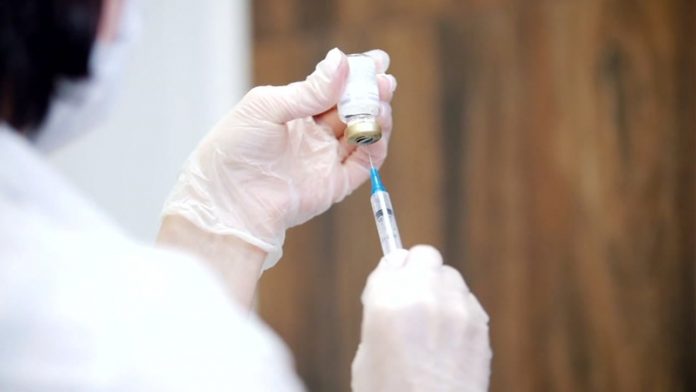 The Food and Drug Administration on Monday lowered the age that people can receive Pfizer’s Covid-19 vaccine in the United States to 12 — a move expected to make millions of more shots available.

The Pfizer-BioNTech vaccine was authorized for use in ages 16 and up in December. The FDA has now amended that authorization to include children ages 12 to 15.

Full coverage of the coronavirus outbreak

On the FDA’s website, the agency’s acting commissioner, Dr. Janet Woodook, called the authorization “a significant step in the fight against the COVID-19 pandemic.”

The action, Woodcock wrote, “allows for a younger population to be protected from Covid-19, bringing us closer to returning to a sense of normalcy and to ending the pandemic.”

Last week, President Joe Biden said in remarks at the White House that the administration was “ready to move immediately to make about 20,000 pharmacy sites across the country ready to vaccinate those adolescents as soon as the FDA grants its OK.”

The administration also plans to send vaccines directly to pediatricians’ offices, where parents may feel more comfortable discussing their children’s shots. The vaccinations will also be available at other sites, such as community centers.

In late March, Pfizer said Phase 3 clinical trial data showed that its Covid-19 vaccine was 100 percent effective in preventing the illness in children 12 to 15 years old.

The U.S. trial study included more than 2,200 people in that age group. About half received the real shots, while the rest got placebos. According to Pfizer, 18 people in the placebo group were diagnosed with Covid-19. No cases were reported among those who got the vaccine.

But those preliminary findings were announced in a news release, without peer review of the full set of data.

While the company said the vaccine is generally safe for children, with minimal side effects, such as a slight fever or sore arm, doctors say releasing the full data will be important to increasing confidence in the safety of the shots.

“The more transparency we can have in this entire process, the better off we are in terms of trust,” said Dr. Sean O’Leary, vice chair of the committee on infectious diseases at the American Academy of Pediatrics.

Still, the “vaccines appear to be extraordinarily safe,” O’Leary said. ” I think that should be very encouraging to parents and adolescents.”

While some children can get very ill and, in rare cases, even die from Covid-19, most are not considered to be as vulnerable to the virus as adults. But they can certainly become infected and pass the virus on to others.

“Remember that the burden of this disease has not been felt primarily by our children. It’s been by our older adults,” said Dr. Buddy Creech, a pediatric infectious disease expert at the Vanderbilt University Medical Center in Nashville, Tennessee.

“This is a really important piece of coronavirus prevention. When we vaccinate children, we don’t just protect them. We protect their parents and their grandparents,” he said.

The shots could have a drastic impact on the start of school this fall. If enough young people are protected, schools are more likely to reopen normally. It’s been established that remote learning over the past year has increased levels of stress and other mental health problems. Research has also shown that education has taken a hit, too, particularly among children with disabilities and from low-income families.

“There are a lot of kids who never even showed up for remote learning,” O’Leary said. “We have a lot of catching up to do.”

Dr. Richard Besser, president of the Robert Wood Johnson Foundation and former acting CDC director, agreed, particularly when it comes to children from communities of color, who have been disproportionately affected by the pandemic.

“Having middle school and high school children who are vaccinated will get more children back in school learning,” Besser, who is also a pediatrician, said. “This is a critically important moment in our fight against the virus.”

The Pfizer vaccine is the only one currently available for people under age 18 in the U.S., but it will soon be joined by others.

Johnson & Johnson is currently studying its one-dose vaccine in children 12 to 17.

And Pfizer and Moderna have also begun trials vaccinating children as young as 6 months. They will be monitored for six months, with results expected by the end of the year.

The Centers for Disease Control and Prevention’s Advisory Committee on Immunization Practices is scheduled to meet on Wednesday to update its recommendation for who should receive the Pfizer vaccine.