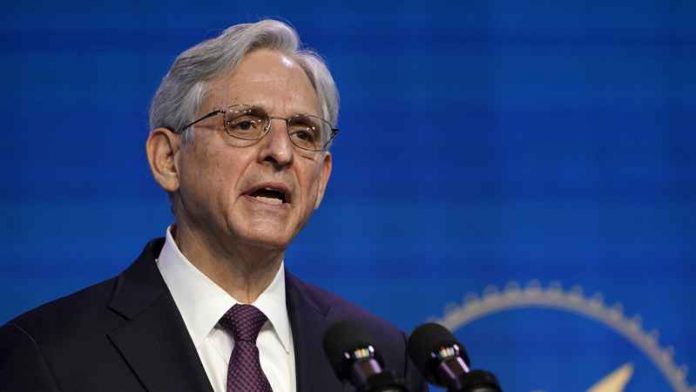 “Where we see violations of federal law, we will act,” Garland said at a press conference.

Garland alleged Georgia’s election reform law was enacted “with the purpose of denying or abridging the right of Black Georgians to vote on account of their race or color.”

He called the Justice Department’s new lawsuit “the first of many steps we are taking to ensure that all eligible voters can cast a vote.”

The federal suit was announced about three months after Republican Gov. Brian Kemp of Georgia signed into law the election overhaul bill, which had been passed by the state’s GOP-controlled legislature.

The law reportedly enacts a slew of restrictive and potentially confusing measures that critics allege will harm turnout, especially in Democrat-and-minority-heavy urban and suburban counties.

The changes sparked a national outcry from Democrats and voting-rights groups, as well as from major business leaders, such as Coca-Cola and the NCAA, which protested the Peach State’s action.

Georgia is not alone in enacting voter restrictions. Florida’s Gov. Ron DeSantis signed a similar law in May while other state legislatures across the country are considering legislation.