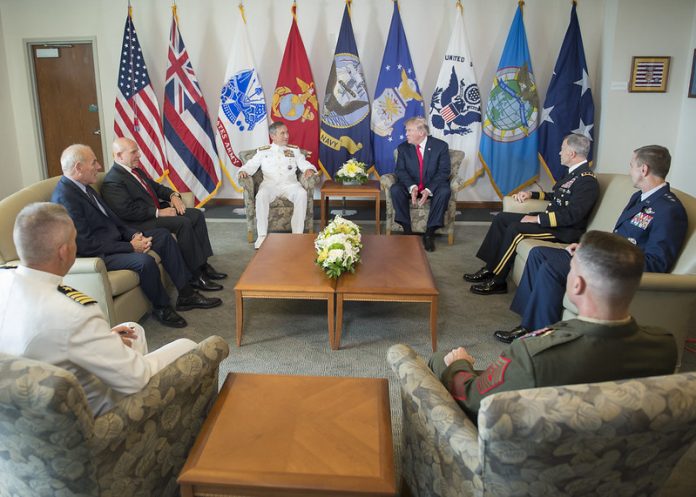 U.S. spy agencies collected raw intelligence hinting at a public health crisis in Wuhan, China, in November, two current and one former U.S. official told NBC News, but the information was not understood as the first warning signs of an impending global pandemic.

The intelligence came in the form of communications intercepts and overhead images showing increased activity at health facilities, the officials said. The intelligence was distributed to some federal public health officials in the form of a “situation report” in late November, a former official briefed on the matter said. But there was no assessment that a lethal global outbreak was brewing at that time, a defense official said.

On April 8, 2020, the Defense Department disputed an ABC News report that an “intelligence report” had warned about the coronavirus in November.

James Kudla, a spokesman for the Defense Intelligence Agency, declined to comment beyond the NCMI statement.

Air Force Gen. John Hyten, vice chairman of the Joint Chiefs of Staff, told reporters Thursday that he did not see intelligence reports on the coronavirus until January.

“We went back and looked at everything in November and December,” he said. “The first indication we have were the reports out of China in late December that were in the public forum. And the first intel reports I saw were in January.”

Even after public health authorities began sounding the alarm in January, the U.S. took few steps to ready itself for a pandemic. There was no effort to boost national stockpiles of medical equipment or encourage social distancing, for example. While Trump touts his decision to stop flights from China coming to the U.S. on Jan. 31, about 381,000 people had flown from China to the U.S. in January, according to an analysis by The New York Times.

The South China Morning Post, citing Chinese government data, reported that the first documented case of someone in China’s suffering from COVID-19, the disease caused by the coronavirus, occurred Nov. 17.

On Dec. 31, an Associated Press report out of China was one of the first English-language news accounts of a mysterious new virus.

“Chinese experts are investigating an outbreak of respiratory illness in the central city of Wuhan that some have likened to the 2002-2003 SARS epidemic,” the story began.

But by mid-January, it was clear that the virus was spreading well beyond China.

In the U.S., the Centers for Disease Control and Prevention warned Americans on Jan. 6 to take precautions if they were traveling to China. The next day, the CDC’s Emergency Operation Center activated a COVID-19 Incident Management System — an emergency management tool used to direct operations, deliver resources and share information.

The extent to which the U.S. intelligence community was warning the White House about the potential implications of the virus remains unclear. Senior congressional aides have told NBC News that the House and Senate intelligence committees did not receive anything that would have constituted an intelligence early warning.

The first House briefing on the coronavirus was Feb. 6, an Intelligence Committee aide said, the day Trump was acquitted in the Senate on impeachment charges.