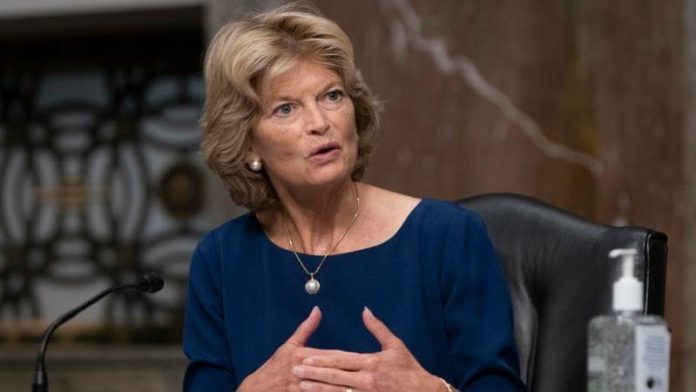 U.S. Sen. Lisa Murkowski said Friday, January 8, 2021, that Donald Trump should resign from the presidency immediately and that if the Republican Party cannot separate itself from Trump, she isn’t certain she has a future with the party.

“I want him to resign. I want him out. He has caused enough damage,” Murkowski, R-Alaska, said during an interview from her small Capitol office, steps away from the Senate chambers that were invaded by pro-Trump rioters on Wednesday. 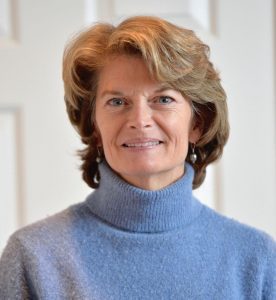 “I think he should leave. He said he’s not going to show up. He’s not going to appear at the inauguration. He hasn’t been focused on what is going on with COVID. He’s either been golfing or he’s been inside the Oval Office fuming and throwing every single person who has been loyal and faithful to him under the bus, starting with the vice president. He doesn’t want to stay there. He only wants to stay there for the title. He only wants to stay there for his ego. He needs to get out. He needs to do the good thing, but I don’t think he’s capable of doing a good thing,” she said.

Murkowski said that while “there may have been many, many, many, many good Americans who came to Washington, D.C., because they felt strongly in support of this president,” Trump incited them to storm the Capitol after a speech near the Washington Monument.

Even before Election Day, the president refused to say whether he would accept the election results, Murkowski said, and then tried to overturn the results.

“I will attribute it to the president, who said, even after his vice president told him that morning, ‘I do not have the constitutional authority to do what you have asked me to do. I cannot do it. I have to protect and uphold the Constitution.’ Even after the vice president told President Trump that, he still told his supporters to fight. How are they supposed to take that? It’s an order from the president. And so that’s what they did. They came up and they fought and people were harmed, and injured and died,” Murkowski said.

Could Murkowski become an independent?

Asked whether she intends to remain a Republican, Murkowski said that depends on the party itself.

“Well, you know, there’s a lot of people who actually thought that I did that in 2010, think that I became an independent. I didn’t have any reason to leave my party in 2010. I was a Republican who ran a write-in campaign and I was successful. But I will tell you if the Republican Party has become nothing more than the party of Trump, I sincerely question whether this is the party for me,” she said.

Views on the new-look U.S. Senate

The U.S. Senate is now split 50-50 between Republicans and Democratic-aligned senators, and the tiebreaking vote will be held by Vice President-elect Kamala Harris.

Murkowski said she is disappointed that Republicans lost the Senate majority by losing two Georgia runoff elections this week.

“I think that that was another area where I think you can look directly to President Trump. … That was very, very, very unfortunate,” she said.

Murkowski said she is speaking frequently with U.S. Sen. Joe Manchin, D-West Virginia, who is the most conservative Democrat in the Senate and will be a key vote on many Senate actions.

“We’ve talked a lot. In fact, my 3 o’clock call is with Joe and with a bipartisan group of colleagues that are really concerned about where we are, and how we move forward,” she said.

“I think I am including myself as part of a group of members that wants to work to try to bring things together in the Senate and wants to try to get some business done. And this is going to be a (Biden) administration where I’m going to be disagreeing with where they’re taking us on a lot of issues and policy, but I would like to think that we’re never going to question their fidelity to the oath of office,” Murkowski said.