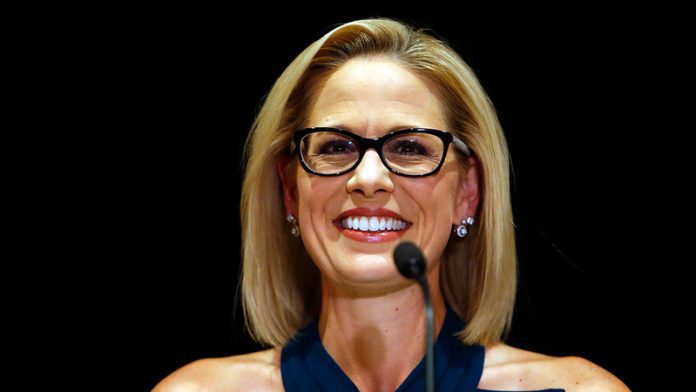 Five veterans tapped to advise Senator Kyrsten Sinema, an Arizona Democrat, resigned from their posts on Thursday, October 21, 2021, publicly accusing her of “hanging your constituents out to dry” in the latest sign of growing hostility toward a centrist who has emerged as a key holdout on President Biden’s agenda.

In a scathing letter obtained by The New York Times, the veterans took Ms. Sinema to task for her refusal to abolish the filibuster and her opposition to parts of Mr. Biden’s multitrillion-dollar social safety net, education, climate and tax plan, stances that have stymied some of his top priorities.

“You have become one of the principal obstacles to progress, answering to big donors rather than your own people,” the veterans wrote in a letter that is to be featured in a new advertisement by Common Defense, a progressive veterans’ activist group that has targeted Ms. Sinema.

“We shouldn’t have to buy representation from you, and your failure to stand by your people and see their urgent needs is alarming,” they added.

The resignations add to a crescendo of anger and pressure that Ms. Sinema is facing from erstwhile allies who say they are perplexed by her recent tactics. She has resisted major elements of Democrats’ sprawling social safety net and climate bill, including raising individual income and corporate tax rates to pay for it. Because Democrats control the Senate with only 50 votes, even one defection could spell defeat for the measure, giving Ms. Sinema outsize influence to determine what can be included.

Ms. Sinema has also steadfastly opposed changing the Senate’s filibuster rule, which effectively requires 60 votes to move forward on any major bill, even as Republicans have used it as a procedural weapon to block voting rights legislation and a bill to avert a federal debt default.

Progressive activists have stepped up their campaign to push Democrats to do away with the rule so they can muscle Mr. Biden’s priorities through Congress on simple majority votes, and they have trained their anger on Ms. Sinema and another centrist holdout, Senator Joe Manchin III of West Virginia.

But while Mr. Manchin hails from a conservative state where he is unlikely to pay a price for breaking with Mr. Biden, Ms. Sinema’s stances have earned her a backlash from onetime supporters in a politically competitive state that is roughly split among Republicans, Democrats, and independents.

The veterans who are making a public divorce from her on Thursday have sat on Ms. Sinema’s advisory council since 2019, as part of a group of 20 she selected as her office’s liaison to the Arizona service member community.

“Democrats were out desperately trying to help her win the seat, and now we feel like, what was it for?” Sylvia González Andersh, one of the veterans who signed the letter, said in an interview. “Nobody knows what she is thinking because she doesn’t tell anybody anything. It’s very sad to think that someone who you worked for that hard to get elected is not even willing to listen.”

Ms. Andersh is featured in the advertisement reading aloud the resignation letter, with its harsh assessments of Ms. Sinema. Common Defense, which in recent weeks placed a seven-figure ad buy to pressure Ms. Sinema to support the reconciliation bill, said it would invest another seven figures to aid the new spot.

Ms. Sinema said in a statement that she would “always remain grateful for these individuals’ service to our nation,” and had valued their input to her work.

“While it is unfortunate that apparent disagreement on separate policy issues has led to this decision,” she said, “I thank them for their service and will continue working every day to deliver for Arizona’s veterans who have sacrificed so much to keep us safe and secure.”

A spokeswoman for Ms. Sinema said the senator and her team had engaged in “many” policy discussions with members of the advisory council on a number of issues, including those related to veterans.

Ms. Sinema has come under mounting pressure in recent weeks. She has been mobbed at airports and followed into a restroom by progressive activists who say she is blocking once-in-a-generation change and refusing to meet with them to explain why.

Ms. Sinema condemned the bathroom encounter as “wholly inappropriate” and suggested that it was, at least in part, a result of the heated debate that has surrounded Mr. Biden’s agenda. But she has not found a chorus of defenders from her own party. Top Senate Democrats failed to reach an agreement on a statement of outrage on her behalf.

Common Defense’s advertisement, while born from the same progressive frustration, takes a different tack, aiming to erode support for Ms. Sinema among one of her main constituencies.

For years, Ms. Sinema has tried to model herself after Senator John McCain, a Republican combat veteran and former prisoner of war who died in 2018, emphasizing her support for veterans, more than 500,000 of whom live in Arizona. Serving on the Veterans’ Affairs Committee, she has shepherded several bipartisan bills that expanded veterans’ access to health care.

Critics have blasted Ms. Sinema’s ties to corporate interests, including the financial and advertising support she has received from groups funded by the pharmaceutical industry and other business interests. As she resists a leading proposal to lower prescription drug prices, Ms. Sinema has received about $400,000 from the pharmaceutical and health industries over the last five years, according to OpenSecrets, a nonprofit watchdog group.

In the interview, Ms. Andersh singled out Ms. Sinema’s resistance to the drug-cost measure, which would allow Medicare to negotiate the price of prescription medicines, as a betrayal.

“You left us holding the bag, saying you were going to do something about Big Pharma,” Ms. Andersh said. 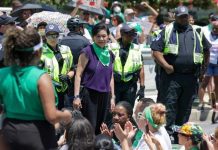 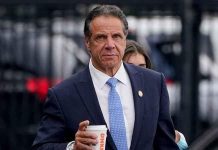 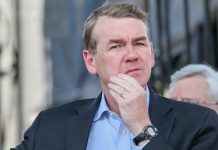