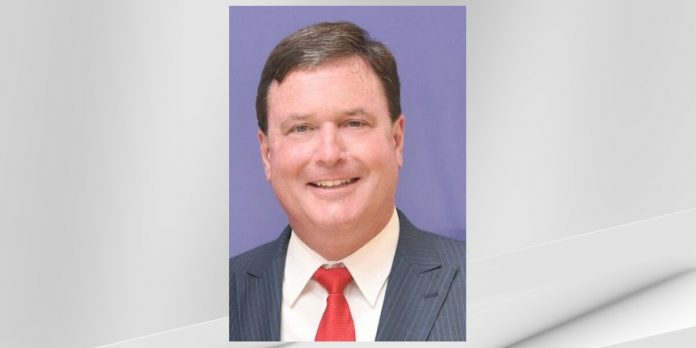 A Tweet from Indiana Attorney General Todd Rokita was flagged Monday because it could lead to a “risk of violence” according to Twitter.

Over the weekend, Indiana’s top law enforcement officer posted a Valentine’s Day image with the text “you stole my heart like a 2020 election” and a sketch of former President Donald Trump.

In a subsequent Tweet, Rokita alleges the post was “tongue in cheek” but Indiana’s top law enforcement officer has used his platform to challenge election results in multiple states. Rokita, a Republican, reiterated concerns about steps some states took to increase ballot access.

The social media giant says it will significantly reduce engagements on Rokita’s Tweet and will disable Likes, replies, and Retweets.

In a statement, the attorney general defended his post and called it “a harmful reality” that private companies monitor content on their platforms.

On Jan. 8 — one day after the insurrection at the U.S. Capitol in which five people were killed —Rokita tweeted, “I will always be for our President.” The post then tagged the now suspended handle of President Trump and still active handle for Trump’s deputy chief of staff Dan Scavino.

I will always be for our President @realdonaldtrump @danscavino

The next day, Rokita issued a statement explaining his tweet and condemning the violence.

“I tweeted my support for the President and waited to see if a ban would occur on my own account,” he wrote. “Although a ban on my account has not yet occurred as many others have experienced, we confront an important question at this time in our nation about the extent to which we allow tech companies to control speech.”

A spokesman Indiana GOP declined to comment but did acknowledge Joe Biden as President.

The office of Indiana Governor Eric Holcomb (R) did not respond to a request for comment.