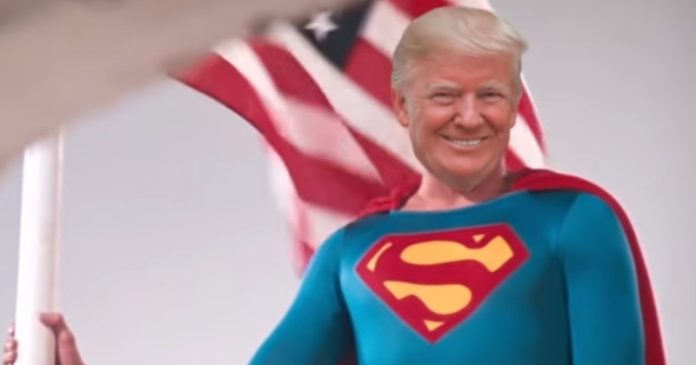 According to a report from the New York Times on Saturday, “In several phone calls last weekend from the presidential suite at Walter Reed National Military Medical Center, Mr. Trump shared an idea he was considering: When he left the hospital, he wanted to appear frail at first when people saw him, according to people with knowledge of the conversations. But underneath his button-down dress shirt, he would wear a Superman T-shirt, which he would reveal as a symbol of strength when he ripped open the top layer.”

Trump announced he was diagnosed with the coronavirus on Friday, October 2. By the next night, he was transported to Walter Reed and began taking remdesivir, an anti-viral drug. He was also given an experimental antibody cocktail from the drugmaker Regeneron and later placed on the steroid dexamethasone.

During Trump’s three-day stay at the hospital, contradicting narratives on his prognosis emerged. Unnamed Trump advisors and other associates reportedly described him as being “very tired, very fatigued, and having some trouble breathing,” according to multiple news sources. The White House and Trump’s doctors stated that those claims were exaggerated.