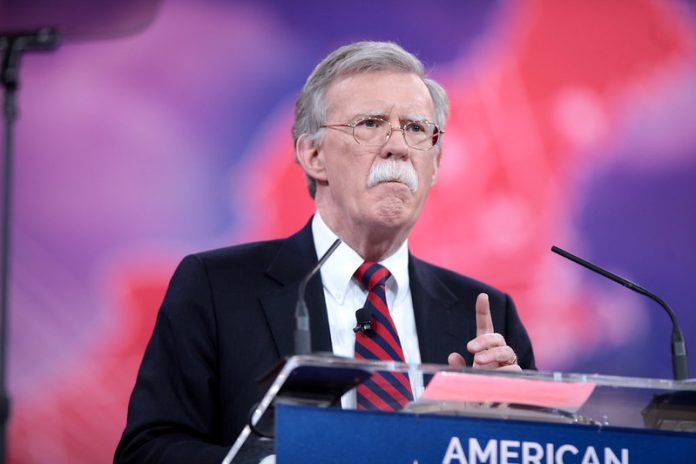 While having conversations with friends and advisors, Donald Trump has raised suspicions that John Bolton, out of spite, is one of the people who have been leaking information about him the Daily Beast has reported.

One source told the publication that Trump thought Bolton was behind one of the anonymous accounts that listed the former national security adviser as one of the top officials most disturbed by the Ukraine-related efforts of Trump and Rudy Giuliani.

The source implied that Trump said something to the effect of “Oh, gee, I wonder who the source on that could be.”

Last month, Bolton told The Daily Beast that the allegations that he was the leaker were “flatly incorrect.”

Bolton, Trump’s former national security adviser, left the administration in September 2019, on mutually bad terms. He is presently writing a book about his time in office.

The New York Times reported that Trump’s former top Russian advisor testified on October 14, 2019, that Bolton told her to inform the chief lawyer for the National Security Council that Giuliani was working with the acting White House chief of staff Mick Mulvaney on an operation which could have possible legal implications.

Bolton allegedly told Hill to tell White House lawyers: “I am not part of whatever drug deal Rudy and Mulvaney are cooking up.”

Giuliani told The Daily Beast on October 15, “I have not spoken to John about [his comments, as conveyed by Hill].”

Continuing, he added, “John is a longtime friend. I have no idea why John is doing this. My best guess is that he is confused and bought into a false media narrative without bothering to call me about it.”

The Daily Beast: Trump Suspects a Spiteful John Bolton Is Behind Some of the Ukraine Leaks