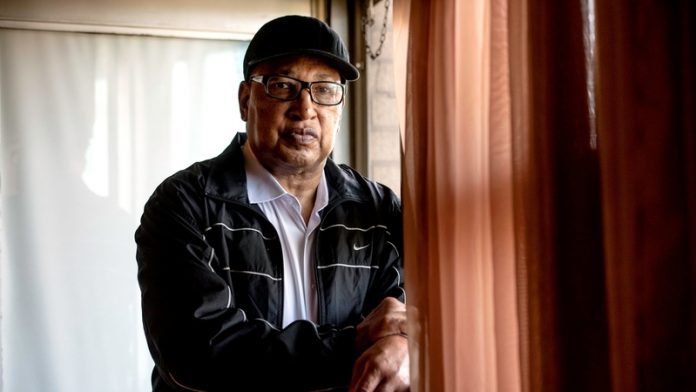 Arnett Thomas is a convicted murderer who had spent two decades in prison before being released in 2000. Now 71-years-old and living in government housing, the New Jersey resident is suing Donald Trump over the massive death toll from coronavirus, NewJersey.com reports.

“The former president literally became the very domestic enemy to the Constitution he swore to defend,” Thomas wrote in his lawsuit that now includes more than 75 co-plaintiffs.

“The point of all of this is how Trump dealt with the pandemic. He drove people to dying,” Thomas said, who is seeking $1 trillion from Trump as a punishment for the nearly 570,000 deaths in America. He also suing for the “ancillary economic and psychological problems for many others who lost jobs or fell into a deep depression from too much home confinement,” according to NewJersey.com.

Thomas wrote the lawsuit himself without the help of an attorney, and he’s looking for one to take on his case.

“It’s not exactly the sort of game plan that usually succeeds in the heady atmosphere of a federal courtroom — or, for that matter, even in the more pedestrian setting of a local traffic court,” writes NewJersey.com’s Mike Kelly. “But Thomas’ legal crusade is significant nonetheless. It reflects the deep-seated anger at Trump’s behavior during the COVID-19 pandemic — especially in Thomas’ African-American community in Orange and Newark.”

One of the lawsuit’s co-plaintiffs, 21-year-old Kyani Robinson, says that everything Trump has done since being president “has been really shady and all backwards and messed up.”

“Trump allowed the disease to spread,” Thomas added. “What he did was politically motivated. If Trump would have handled this pandemic in a proper way he would have been elected [again]. Trump got kicked out because of the way he handled it.”